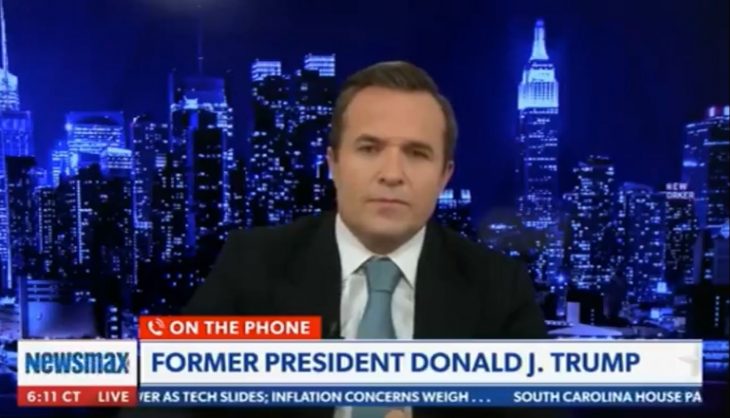 The big tech oligarchs YouTube (owned by Google), Twitter, Facebook, Snapchat, Reddit, TikTok and even Shopify have censored President Donald Trump. They continue to censor conservatives and silence their voices. On February 17, 2021, Newsmax host Greg Kelly conducted a live telephone interview with former President Donald J. Trump. YouTube wasted no time removing that video. According to an article in “The Epoch Times”, a YouTube representative emailed Newsmax informing them that “In accordance with our presidential election integrity policy, we removed this video from the Newsmax TV channel.” The first 6 minutes of the interview is President Trump paying his respects to Rush Limbaugh. After that, Greg Kelly asked President Trump if he had watched President Biden on the CNN Town Hall talking about how there were no Covid-19 vaccines before he took office (in spite of the fact that he received the vaccine while Trump was President). At about 7 minutes and 30 seconds into the interview, Kelly directed the conversation to Biden and China and the connection between the Biden family and the CCP (Chinese Communist Party). Trump then talked about the election, getting nearly 75 million votes, setting records and that “bad things” happened. Apparently, this discussion is the lame excuse that YouTube used for removing the video.