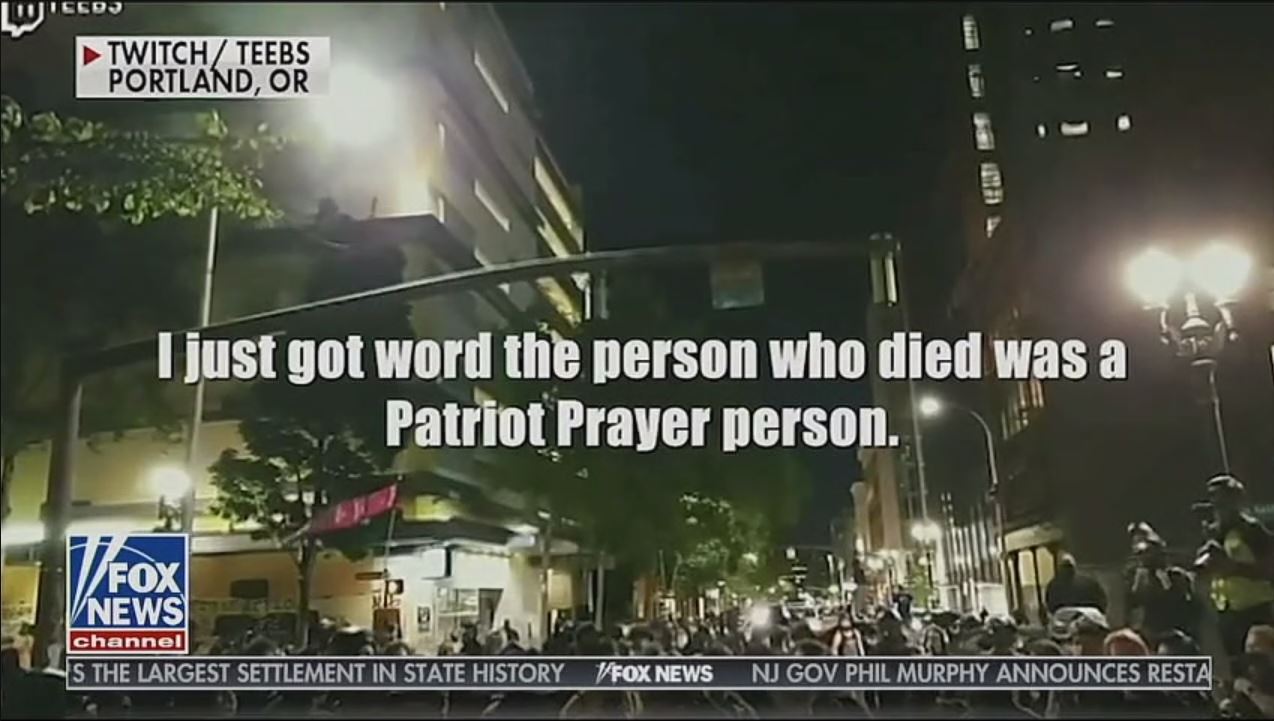 America’s “peaceful protests” have turned into anarchy in Democrat run cities. Granted, most of these protestors don’t actually live in the cities that they’re pillaging and destroying. Many (if not most of them) are in fact associated with the Black Lives Matter Global Foundation (a Marxist group) or Antifa (a far-left militant movement). President Trump had offered to send reinforcements into Portland but the Democrat Governor and Mayor have refused his help. And now, they are trying to blame President Trump and the Republican party for the violence and rioting in Portland!

In this 6-minute video clip, Ted Wheeler, the mayor of Portland Oregon blames President Donald J. Trump for what is happening in his city. Then, you can watch actual footage, (taken during a confrontation between (BLM) Black Lives Matter protesters and President Trump supporters) when Aaron ‘Jay’ Danielson a member of the Patriot Prayer group was fatally shot. Violence in Democrat run cities like Portland, needs to be stopped.

After the execution of this Trump supporter, the Black Lives Matter activists can be seen celebrating his death in the streets of Portland.

In spite of the fact that President Trump has offered to send federal law enforcement to Portland Oregon (to put an end to the violence), Mayor Ted Wheeler continues to blame him for the violence in his city. The quote below is from Mayor Wheeler’s Open Letter to President Trump, which he wrote on August 28th (about a day prior to the murder of Aaron Danielson):

In his letter, Wheeler wrote “Tens of thousands of Portlanders have peacefully protested and marched for the noble cause of fixing our broken criminal justice system.” Seriously? Peaceful? In response to Wheeler’s letter, Homeland Security Secretary Chad Wolf wrote back warning Mayor Wheeler that if state and local officials in Oregon failed to protect residents from rioting, the federal government “will have no choice but to protect our American citizens.”

Is the majority of the anarchy and violence that we’re witnessing in America primarily in cities and states that are run by Democrat mayors and governors? According to this ranking of “America’s Top 20 Cities for Crime, and What Party Runs Them“, it’s true. Do you feel safe where you live? How do you feel about defunding the police? Joe Biden and the Democrat party support defunding them. What are your thoughts?