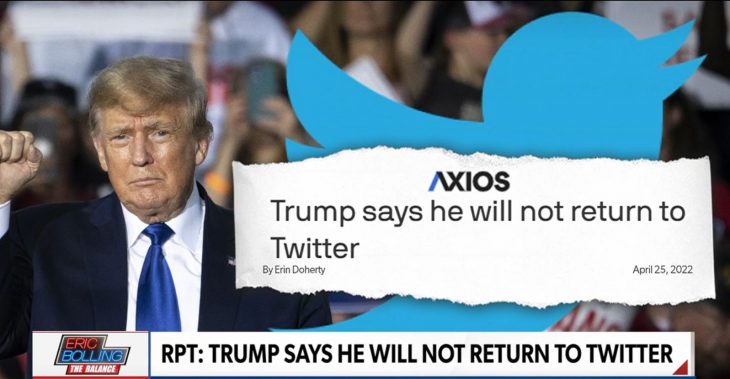 Now that Elon Musk owns Twitter, the question is will Donald Trump get his account back? Perhaps the bigger question is will Donald Trump go back to Twitter? He has already announced that he will not go back and that he intends to stay only on TRUTH Social. However, Trump’s former White House advisor Peter Navarro has a strong case for Trump returning to Twitter (once he is reinstated).

While Peter Navarro is not a fan of Elon Musk (as you will learn in this video), Navarro has respect for the Twitter platform. As Navarro points out, in the near future, advances in technology will make it seamless for Trump to get his message out across multiple social media (with a simple push of a button). Navarro also points out that on TRUTH Social, Trump is ‘preaching to the choir’. On Twitter, Trump would be able to reach people who not only may not like him but could be Trump haters. (I have to agree that’s a very good point.)