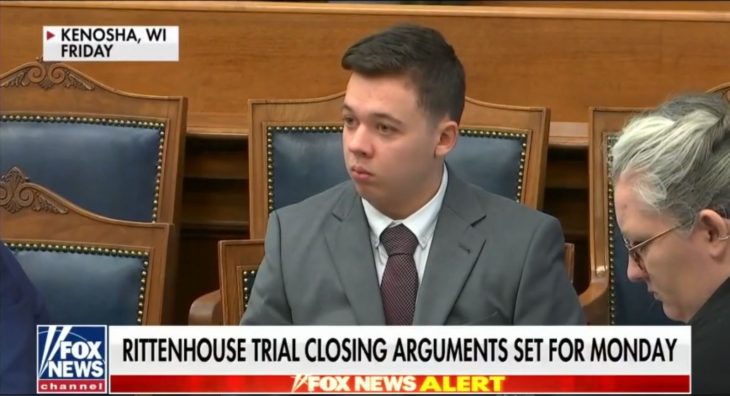 
While Kyle Rittenhouse is being tried for murder, what is actually on trial here is our right to self defense. Kenosha Wisconsin district attorney Thomas Binger has attacked our constitutional rights. Binger accused Rittenhouse of evoking his right to remain silent (which resulted in Judge Bruce Schroeder reprimanding him). Binger also attacked our right to bear arms and defend ourselves.

The facts about the three men who threatened and attacked Rittenhouse weren’t allowed in court. All three were violent criminals. Joseph Rosenbaum (one of the two men shot and killed) was a convicted child rapist. Rosenbaum can be seen on video carrying a heavy chain, reaching for his gun and threatening to kill Rittenhouse. Anthony Huber, (the second man who Rittenhouse shot and killed) was a convicted felon with a record of assault and domestic abuse. Huber is seen on video attempting to bash Kyle Rittenhouse’s head with a skateboard and attempting to take Kyle’s gun from him. Gaige Grosskreutz, (the victim who Rittenhouse shot in the arm), testified in court that he was pointing a gun at Rittenhouse when Kyle shot him.

The defense for Kyle Rittenhouse has built a strong case. Rittenhouse was a 17-year old kid from Wisconsin who was defending himself against rampaging rioters in Wisconsin. This trial goes to jury this week. Meanwhile, Judge Bruce Schroeder is receiving death threats and Wisconsin’s Governor Tony Evers has deployed 500 National Guard members to Kenosha ahead of the verdict. America is in deep trouble. Our media and Big Tech are aligned with the radical left. Many Americans don’t know this. Please share this post.