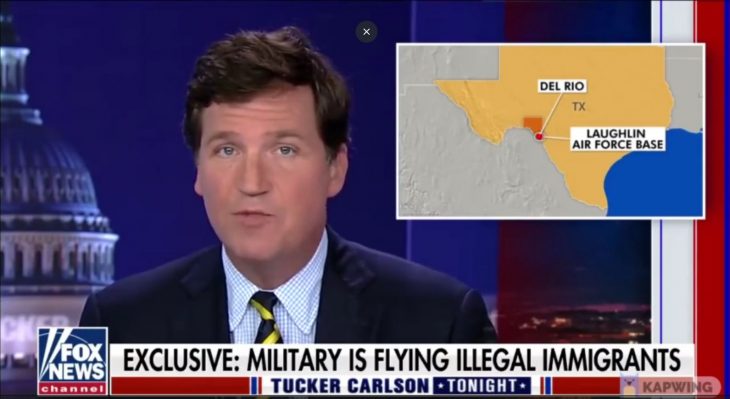 According to documents obtained by Fox News, the Biden administration is using our U.S. military to illegally transport immigrants using passenger airplanes. On his July 14th show, Tucker Carlson reminded his viewers that (since Joe Biden was inaugurated), the U.S. Border Patrol has apprehended close to 1 Million foreign nations entering through the US-Mexico border. Furthermore, (according to a whistleblower) the Biden administration is now secretly using our military to illegally move migrants around the U.S. (to undisclosed locations).

To prove this allegation, Tucker Carlson shared an email from Lt. Col. Matthew Burrows to the U.S. military personnel at the Laughlin Air Force Base in Texas. In tis email, Lt. Col. Burrows informs them of an operation by the Immigration and Customs Enforcement (ICE) and the Del Rio Border Patrol that involves “transporting non-documented citizens”.

Also be aware that in the “2022 Homeland Security” funding bill (currently before the House Appropriations Committee) there’s $475 million to supplement ICE’s “Alternatives to Detention” program. This plan replaces the ankle monitoring bracelets that are currently issued (when an illegal is released) with cell phones.