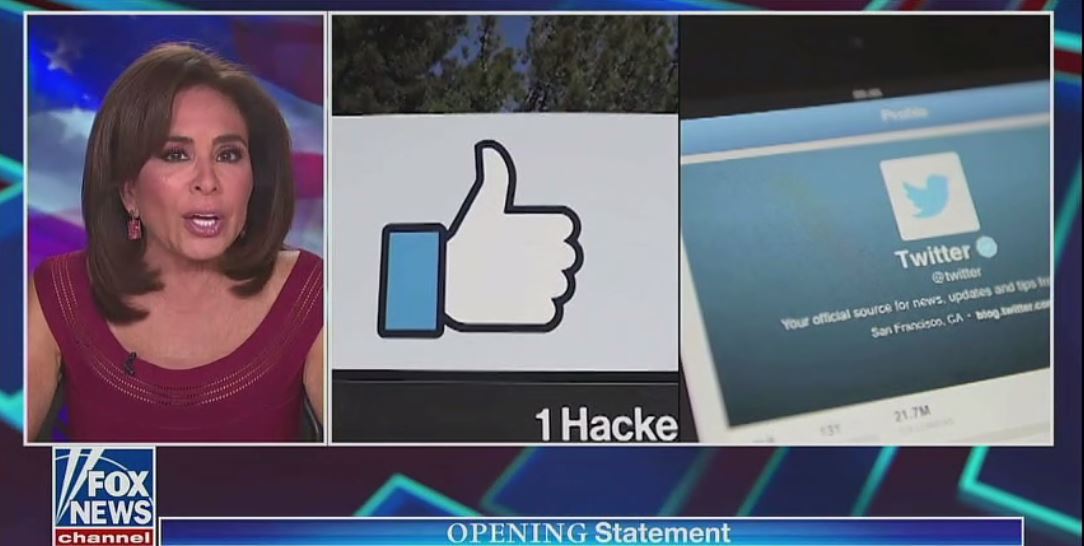 Last week, both Facebook and Twitter blocked you and me from accessing a story published by the New York Post. The story (that Facebook and Twitter censored) contained secret emails from a laptop that had belonged to Hunter Biden. These two social media companies are doing their best to keep us from knowing the truth. As Judge Jeanine Pirro says in her opening statement on October 17th: “What Mark Zuckerberg’s Facebook and Jack Dorsey’s Twitter have done in the last 72 hours should scare the heck out of you. This is not the left trying. They are actually stealing your freedom and suppressing freedom of the press and freedom of speech.“

Questions are being raised about Hunter Biden’s dealings with a Chinese energy firm and social media censored the New York Post’s original story. Here to react is @SenatorLankford. pic.twitter.com/YJd5wCEsKU

After Judge Jeanine gave her opening statement, one of her guests was Senator James Lankford (R) Oklahoma who is on the Homeland Security and Governmental Affairs Committee. Both Senator Lankford and Jeanine Pirro raise concerns about Joe Biden being a security risk (if he is elected as President of the United Sates. The fact is that the Biden Family has receivied millions from Ukraine, Moscow and the Chinese Communist government. To quote Senator Lankford:

What are your thoughts? Do you agree with Judge Jeanine Pirro that this is a violation of our First Amendment rights? Are you scared yet? Feel free to share this. Remember. People who only get their news from mainstream media will not know anything about this.