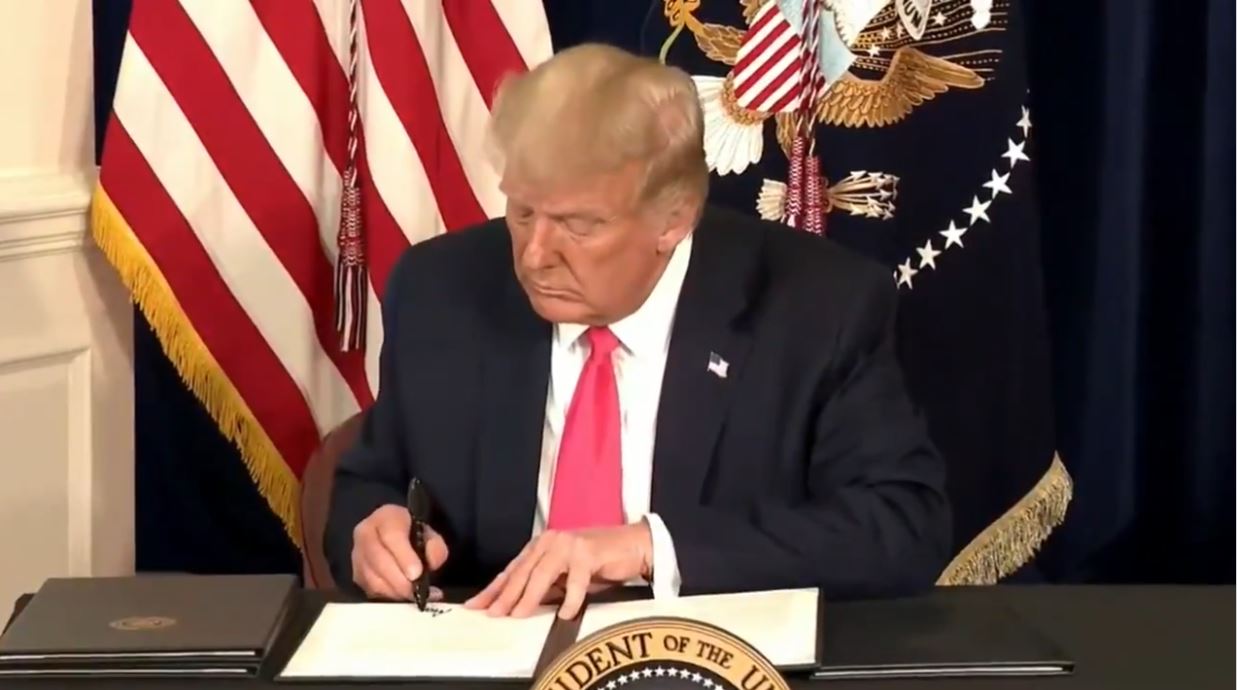 What about the negotiations that were taking place?

The differences between the bills proposed by our Democrat House of Representatives and our Republican Senate are substantial. The House of Representatives passed The Heroes Act on On May 15, 2020 by a bipartisan vote of 208 to 199. In addition to an extension of the $600-per-week enhanced unemployment benefit, this $3 trillion relief package included more than $1 trillion in aid to state and local governments. $915 billion of which would be in unrestricted cash.

The Republican senators have proposed a $1 trillion “Health Care Economic Assistance Liability Protection and Schools,” or HEALS Act. Among other things, this included cutting the enhanced unemployment benefit to $200-per-week (in hopes of getting more people back to work).

President Trump’s Response to the Stalemate

With the Democrat and Republican parties being trillions of dollars apart and the $600 enhanced unemployment benefit having expired on July 31st, President Trump held a press conference on August 8th where he expressed his frustration with the lack of progress.

Prior to signing the four executive actions, our President went on to say:

What were the 4 Executive Actions?

What are your thoughts? Are you fed up with our members of congress putting their political ambitions ahead of what is best for American citizens? Are you behind your President and support his efforts to bring relief to American citizens by helping to put more money back in the pockets of working people?