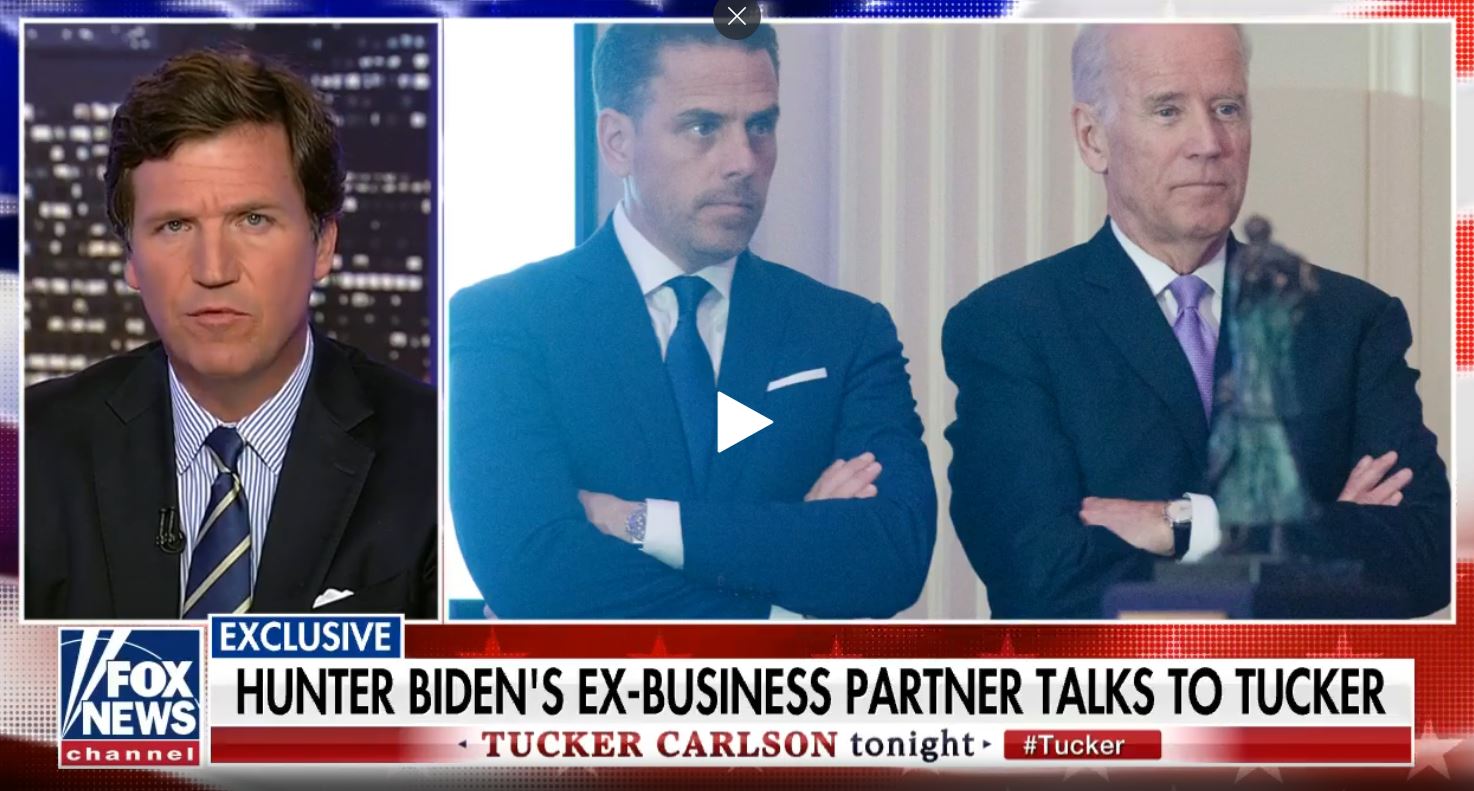 On the October 27th episode of “Tucker Carlson Tonight”, Tucker interviewed Tony Bobulinski. Bobulinski is a former business partner of Hunter Biden. Bobulinski had firsthand knowledge of some of the Biden family’s business dealings. (At least one of of these business deals is being investigated by the Senate Homeland Security Committee.) During the almost one hour long interview, Bobulinski told Tucker Carlson that he had met personally with Joe Biden on two separate occasions to discuss business deals with the Communist government of China. As Tucker says, Bobulinski is “an unusually credible witness“. Bobulinski’s reason for coming forth is because Adam Schiff and the Joe Biden for President campaign accused Bobulinski of participating in a “Russian disinformation effort”. (The New York Post, Fox News and many conservative news sources are adamant that the evidence does not support this.) However, Twitter, Facebook and our mainstream media are blocking us from seeing and sharing the truth.

Bobulinski took the accusations by Adam Schiff and the Joe Biden campaign as slander against him and his family. So, he wants to clear his reputation and tell the truth. In his interview, Tucker Carlson asked Bobulinski what the implications going forward will be (if Joe Biden is elected President).

Tucker asked “How does this constrain his ability to deal with China?” and Bobulinski replied “I think Joe Biden and the Biden family are compromised.” . . “I just don’t see, given the history here and the facts, how Joe can’t be influenced in some manner based on the history that they have with the CEFC and stuff like that. So, as a citizen and a taxpayer, I am very concerned.”

Note: The reference to CEFC is to CEFC Energy — a now bankrupt and defunct energy company based in China. Allegations have surfaced that a 2017 email to Bobulinski (from a whistleblower to U.S. Senate investigators) implicates the Biden family with an offer of $10 million including a $5 million loan to the “BD Family” (allegedly the Biden family).

Are the Hunter Biden documents that disappeared part of the evidence that Tony Bobulinski referred to in his interview with Tucker Carlson last night? Do the missing documents link the Biden family to the Chinese Communist Party? No matter what side of the political spectrum you are on, as an American you must be alarmed that there is an ongoing coverup to suppress the news. By blocking the New York Post, Twitter and Facebook censored our news and challenged our constitutional right of freedom of the press. We are less than a week away from electing our next President. Spread the word! Our country is in peril right now. China is a real threat to the USA we grew up in.