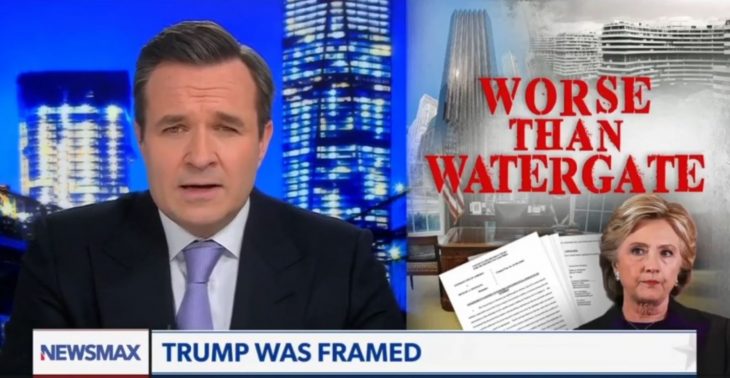 For years, President Donald Trump has told us that Hillary Clinton’s campaign spied on him. On Friday, February 11th, Special Counsel John Durham filed a bombshell report with the courts. Durham’s report details how Hillary Clinton’s 2016 presidential campaign paid an internet company to “infiltrate” servers at Trump Towers and even the White House.

Watch as Newsmax host Greg Kelly sums up the scenario that Durham uncovered in his investigation.

Bottom line, ‘Tech Executive-1’ (as Durham refers to him in the report) and his associates ‘mined data’ and generated ‘White Papers’ with information garnered from computers in:

There are still lots of details that aren’t in Durham’s report but we do know that both Trump Towers (a private location) and the White House (public) were tapped. In fact, not only was the Clinton campaign spying on Donald Trump as a 2016 presidential candidate, someone was spying on the President of the United States of America.

The FBI Should Have Known Sussman Worked for Clinton

The kicker in all this is that Michael Sussman was taking the data and information to the FBI. As Greg Kelly asks, How is it that after 18 months and $30M dollars, former Special Counsel Robert Mueller couldn’t figure out what John Durham has already uncovered? Meanwhile, the mainstream media ignores the Durham report and the White House refuses to answer questions about the report. Instead, reporters are being told to direct their questions to the Department of Justice. This in itself is ironic because Special Counsel Durham is working for the Department of Justice (DOJ.) He was appointed by Attorney General Barr.