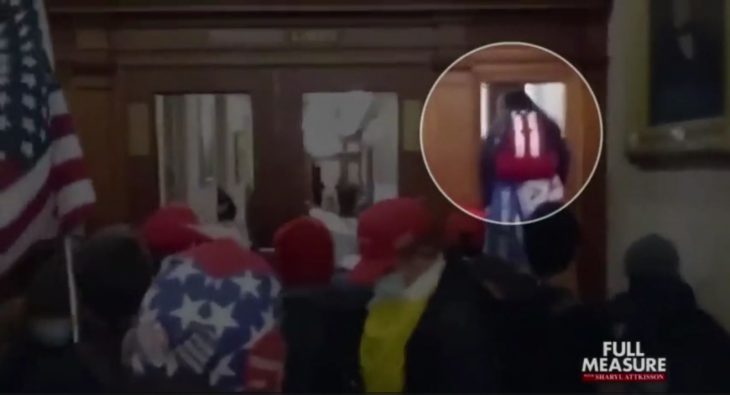 On January 6th 2021, Ashli Babbitt, a 35 year old unarmed Trump supporter was fatally shot at the U.S, Capitol in Washington D.C. Babbitt, a 14-year Air Force and Air National Guard veteran, was killed by a U.S. Capitol Hill police officer. As of yet, the identity of the police officer has not been disclosed and prosecutors have announced they will not charge him in what Sharyl Attkisson describes as “one of the most shrouded police shootings of our times”. The video below contains graphic footage that is part of an investigative report shown on the May 2nd episode of “Full Measure” with Sharyl Attkisson. Watch as Attkisson interviews Terrell Roberts. (Roberts is the attorney who has been retained by Ashli Babbitt’s family.) He is preparing to file a civil lawsuit against the Capitol Police and the officer who shot her.

Source: Full Measure with Sharyl Attkisson on May 2, 2021

Why No Charges in the Ashli Babbitt Case?

Watching the Full Measure interview with Sharyl Attkisson should raise questions as to what happened in our Capitol that day. The video footage clearly shows three officers moving out of the way of protestors. Why didn’t the police officers and the SWAT team attempt to stop the crowd from entering? Was deadly force necessary? Should the deadly shooting of Ashli Babbitt be investigated?

Read the complete transcript of the investigative report on Full Measure with Sharyl Attkisson here.