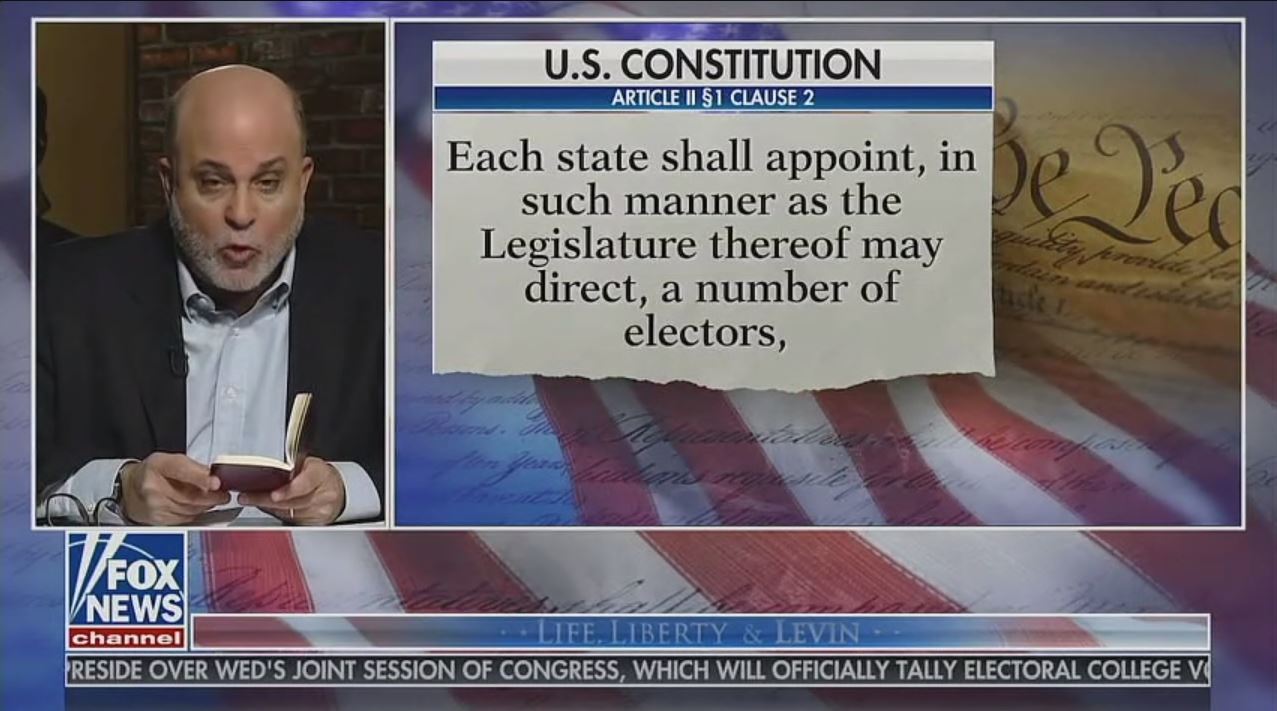 U.S Constitutional lawyer Mark R. Levin warned Americans months ago that universal mail-in voting in the 2020 presidential election would result in a constitutional crisis. He was right. On Wednesday, January 6th 2021, Americans (and the world) can watch as our Constitution of the United States of America is put to test. This is not simply a joint session of Congress convening to certify the electoral college votes. It’s gone beyond that. We are at a historical breaking point as we prepare to watch as some of our lawmakers challenge the Electoral College votes (with Vice President Mike Pence presiding). This is a fight to protect the U. S, Constitution.

“They violated the Constitution. People are violating in an unconstitutional process as a result of what these Democrats push. Whether it’s legislation, whether it’s lobbying, or whether it’s RINOs. It doesn’t matter. It doesn’t matter. So right now, the baseline is (for our next election) all this lawlessness and even the the Constitution says ‘The legislature shall direct‘. The legislature now has no power because a state court will decide or a governor will decide or as these other states (inaudible) a bureaucrat were deciding.”

Levin ends with his passionate plea:

“That doesn’t mean you don’t fight for the Constitution and the country and for a President of the United States who (in my view) was reelected. Otherwise, why would these Democrats do all the things that they’ve done? It was a strategic attack on the American people, the Constitution and our electoral system. It’s time for everybody to stand up and be heard.”

Mark R. Levin (an expert in constitutional law) and Hans von Spakovsky (an expert in election law) predicted as early as August of 2020 that we were headed for a constitutional crisis due to the push for universal mail-in voting. Check out my earlier post Would Mail-In Voting Lead to a Constitutional Crisis? Listen to their predictions. This was planned. What they have done is unconstitutional.

In his show, Levin referred to his recently published article Levin: On January 6, we learn whether our Constitution will hold