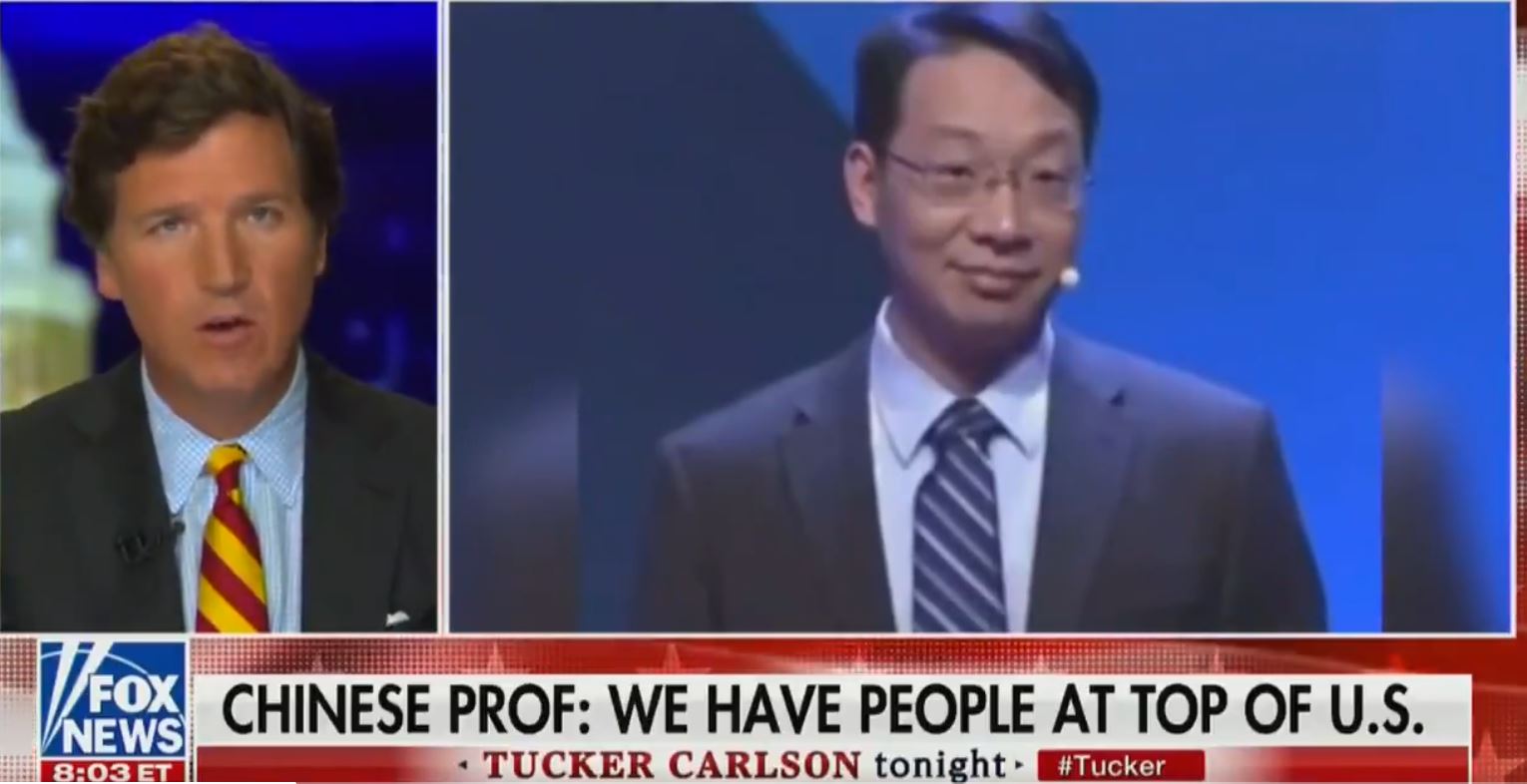 Fox News Network let a lot of us down when they flipped on election night and seemed to jump on the “President-Elect Biden” bandwagon. While I had thought day-time Fox was just more mainstream garbage, I had still been a big fan of many of the night-time commentators including Tucker Carlson. Carlson redeemed himself on his December 7th, 2020 Tucker Carlson Tonight show when he exposed a video clip of a Beijing-based economic professor. The video that you are about to watch is so explosive, it was deleted from social media by China. (That should tell you something right away.)

No surprise but Twitter suspended the account of the person who posted this video and YouTube removed the video. I was able to find it on BitChute. Here is the original article “Tucker: America’s Political Elite have been working on behalf of China”. (At the moment, the video is missing here too.)

Chinese Professor | People at the Top of U.S.

The video you just watched was promptly pulled down by the CCP (Chinese Communist Party). They don’t want us to see it. They don’t want us to know the accusations that this Chinese professor made. They don’t want us to know that the accusations that Tony Bobulinski testified to (about Hunter Biden selling the influence of then Vice President Biden) are true too. Bobulinski exposed the truth about China and the Biden family. Yet many Americans never heard his testimony. China does not want you to watch the documentary “RIDING THE DRAGON: The Bidens’ Chinese Secrets” either. And the social media tech giants like Facebook and Twitter are censoring the news to make sure we don’t know.

The accusations brought by this professor center around Wall Street, the trade war and President Trump. If you’ve been paying attention (and getting your news from sources other than the corrupt mainstream media), you should be mad and you should be spreading the word that China as well as other foreign entities very much want Joe Biden to be our next President and not Donald Trump. Foreign interference into our 2020 election is very real. They may win. We may end up with a Biden-Harris presidency. Even if they manage to succeed, as an American, each of us needs to fight to see that the election fraud in 2020 never happens again.