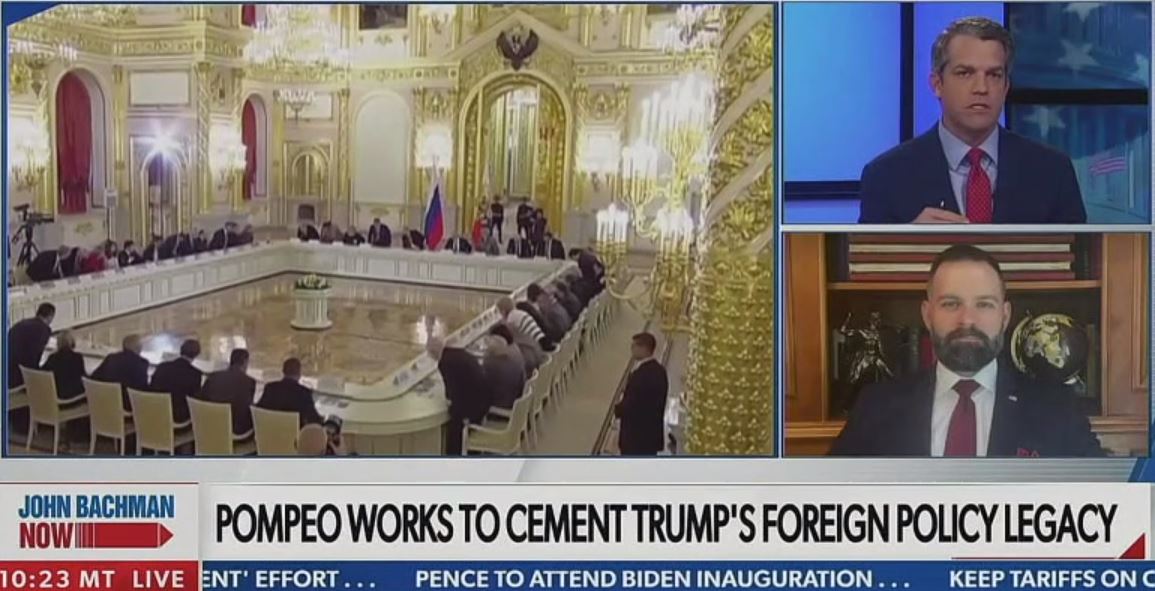 With just over a week left of President Donald Trump’s first term, Americans are watching tech tyranny as the big tech companies (Twitter, Facebook, Google, Apple, YouTube and Amazon) rip apart his legacy while suppressing our freedom of speech and freedom of the press. They are not only censoring the news, they have now been able to silence the voices of conservatives on Parler. Meanwhile, the Speaker of the House Nancy Pelosi continues to try to strip President Trump of all his powers. Pelosi attempted to convince Vice President Mike Pence to invoke the 25th Amendment to force President Trump from office. Since that failed, she is now attempting to impeach our President for the 2nd time. Senator Pelosi actually admitted in an interview on 60 Minutes that one motivation for impeaching our President is that it would assure that he would never run for President again. Thankfully, Secretary of State Mike Pompeo is still reminding us of President Trump’s America First Foreign Policy. Americans cannot forget what this man has accomplished for us in four years.

Tonight, in the first interview with Speaker of the House Nancy Pelosi since a mob smashed its way through the Capitol, Speaker Pelosi tells Lesley Stahl one motivation for impeaching POTUS is to assure he never runs for the presidency again. https://t.co/GB0n5UOLgK pic.twitter.com/aU6dCSO2BQ

The deep state is trying to destroy President Trump and his legacy. As a fellow American, we cannot forget what this man has sacrificed and what they (Democrats, RINOs, mainstream media, big tech etc.) have put him through.

No matter what the outcome is, Americans need to stand together: “One Nation, Under God, Indivisible, With Liberty and Justice for All”