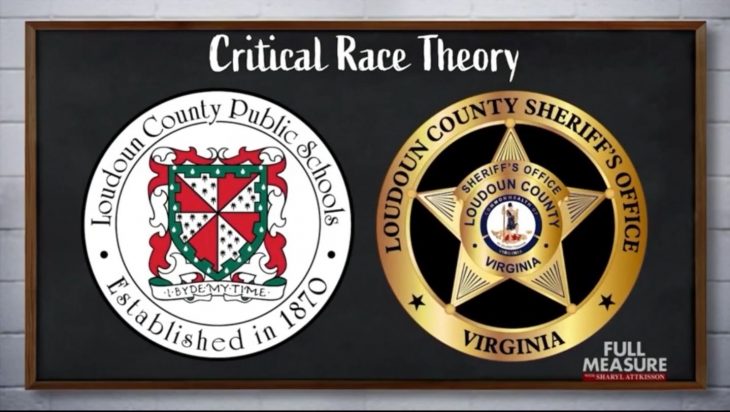 Parents in grades K-12 are rallying against schools that teach Critical Race Theory (CRT). Supporters of CRT advocate that “white racism” is embedded in American institutions. Opponents believe that CRT teaches people to judge by skin color. Emotions are running high. In June, Loudoun County Virginia made national news when angry parents confronted the school board and the meeting erupted in shouting and scuffles.

Watch the video below as Sharyl Attkisson exposes the criminal investigation into Critical Race Theory (CRT) by Loudoun County Virginia’s Sheriff Mike Chapman. While Loudoun county superintendent Dr. Scott Ziegler insists that the Loudoun County schools does not teach CRT, the investigation uncovered that hundreds-of-thousands of tax payer dollars had been spent on Critical Race Theory.

Much of the cash has gone to the “Equity Collaborative,” a group that seeks to expose and eliminate “the dominant (male, White, heterosexual) ideology” and teaches tenets like “Whiteness as property” and “Permanence of racism.”

Why Were U.S. Tax Dollars Used to Fund Research at the Wuhan Lab in China?

The Deadly Shooting of Ashli Babbitt by a U.S. Capitol Hill Police Officer on January 6, 2021