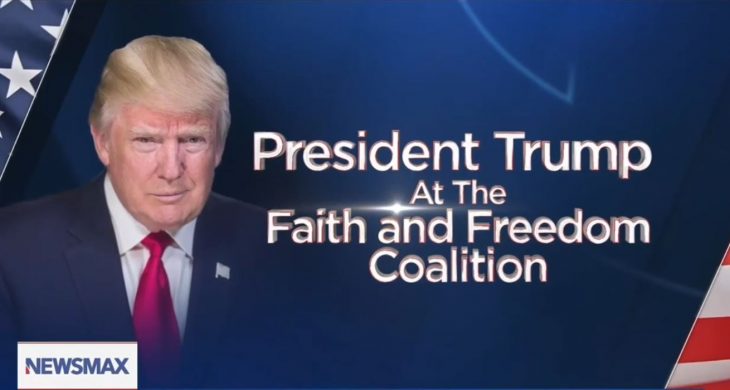 Former President Donald Trump spoke at the ‘Faith and Freedom Coalition’ in Nashville Tennessee on June 17th, 2022. This is part of his speech: “… Radical left. These people are taking a sledge hammer to the very foundations of our free society. Trying to destroy Freedom of Speech. Trying to crush organized religion. You know that. Trying to shred our Constitution. Trying to destroy the Rule of Law. And even attacking the rights of parents to raise their own children the way they want them raised.”

The Greatest Threat to America

“The radical left movement that is attacking our nation is driven by a spirit of anger and hatred that most of us can barely comprehend or understand. Did you ever see such hatred? toward us? And all we want to do is a good job. We want nice homes. We want great education for our children. We want strong military. We want strong police. We want not to defund the police. And you see what happens. We also want low taxes.We want few regulations. We want so many things. All of which we had just a year and a half ago.”

“These extremists are consumed by resentment, envy intolerance, bigotry, malice and even rage against nature itself. This is not just a political problem.This is a spiritual problem. (True) For the radical left, politics has become their religion. It is warped. Their sense of right and wrong. They don’t have a sense of right and wrong. True and false. Good and evil.”