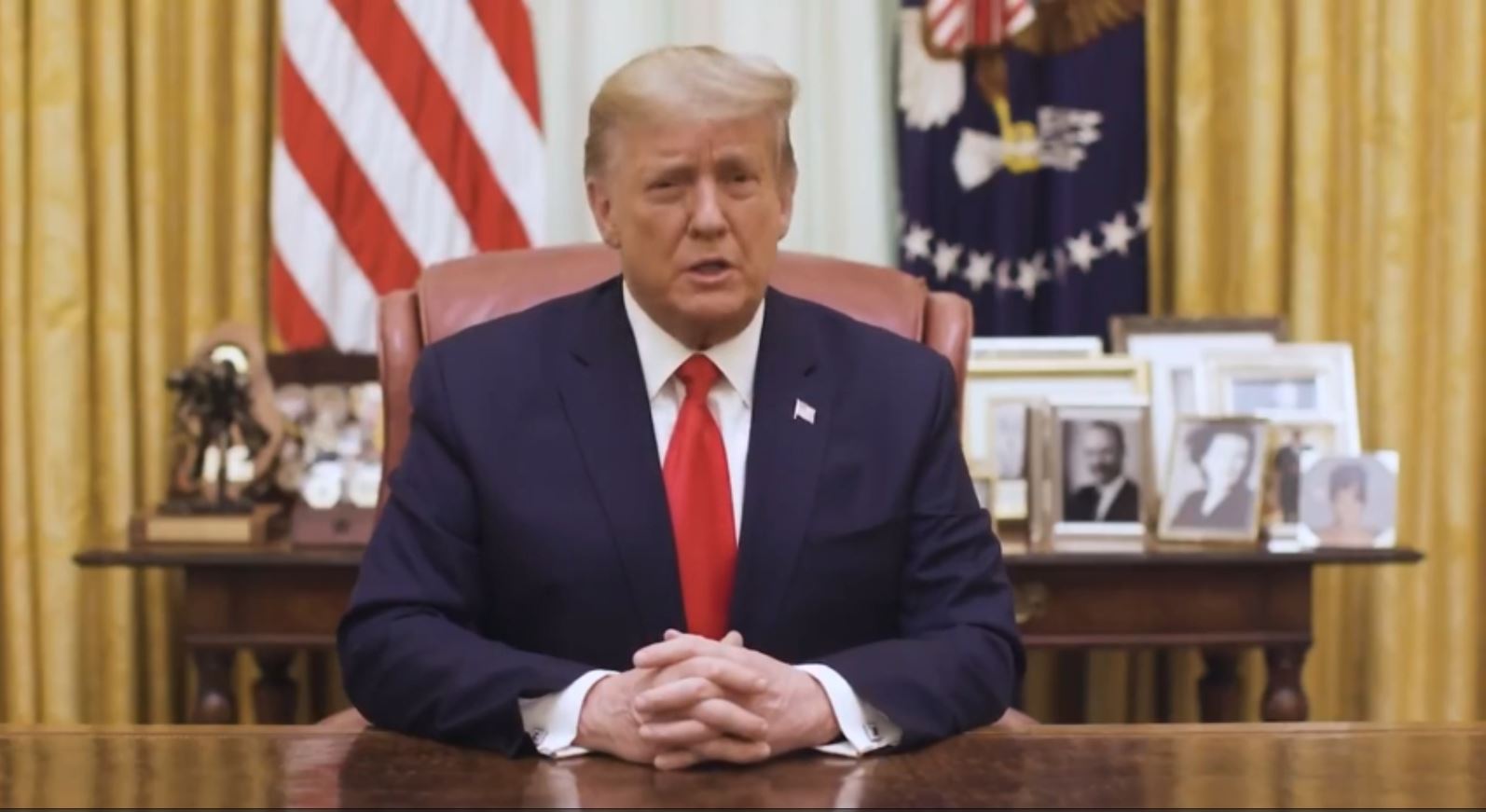 Seven days before President-elect Joe Biden’s inauguration, Americans witnessed the Democratic controlled House of Representatives vote to impeach the 45th President of the United States of America, Donald J. Trump. Why are they doing this? Is this how President-elect Joe Biden and the Democratic party expect to “unify” America? Is it an attempt to destroy Donald Trump and everyone around him? Or is it an attempt to ensure that Donald J. Trump never runs for president again? (Speaker of the House Nancy Pelosi admitted this in her January 10th 60-minute interview with Leslie Stahl.)

Make America Great Again Has No Place for Violence

You may or not have seen President Trump’s speech promoting peace. I found it because I subscribe to Dan Bongino‘s channel on Rumble. (Rumble and BitChute are alternatives to YouTube now that YouTube is suppressing the voices of Conservatives by censoring our content).

In Trump’s speech he said “Making America Great Again has always been about defending the rule of law” and “Mob violence goes against everything I believe in, and everything our movement stands for. No true supporter of mine could ever endorse political violence,”.

Did you see his speech? The Democratic party, the Republicans who have betrayed him, mainstream media, and the foreign influencers who are trying to undermine our democracy are all hoping you didn’t. Please speak up! Share this and get the word out! They’re trying to silence our President and the voices of all Conservatives. Don’t let them take our constitutional rights away from us.