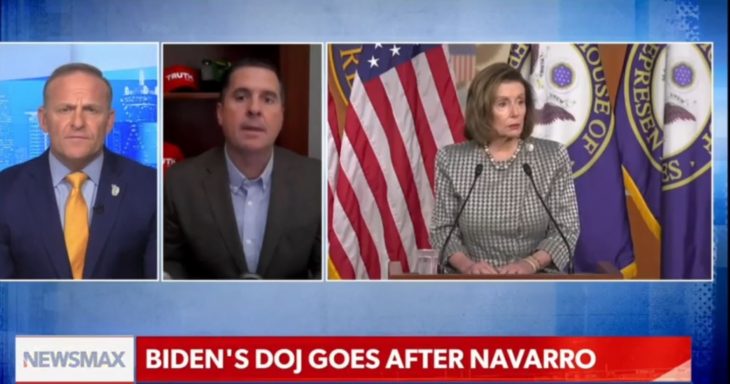 On Friday, the FBI arrested former Trump economic adviser Peter Navarro. As expected, a Grand Jury indicted Navarro for contempt of Congress. Navarro’s crime is not cooperating with Nancy Pelosi‘s partisan January 6th Committee. They handcuffed him, put him in leg irons and threw him into John Hinkley’s cell. In Navarro’s words: “What they did to me today violated the Constitution.”

Watch as Grant Stinchfield and Devin Nunes discuss how the House January 6th committee has turned into a political witch hunt of people associated with Donald Trump. As Devin Nunes says “This is Nazi-style, Stalinist crap!” The fact that Michael Sussmann was acquitted and Peter Navarro was perp-walked in shackles epitomizes America’s two-tier Justice system. Navarro warns us “They’re coming for all of you that voted for Trump.”