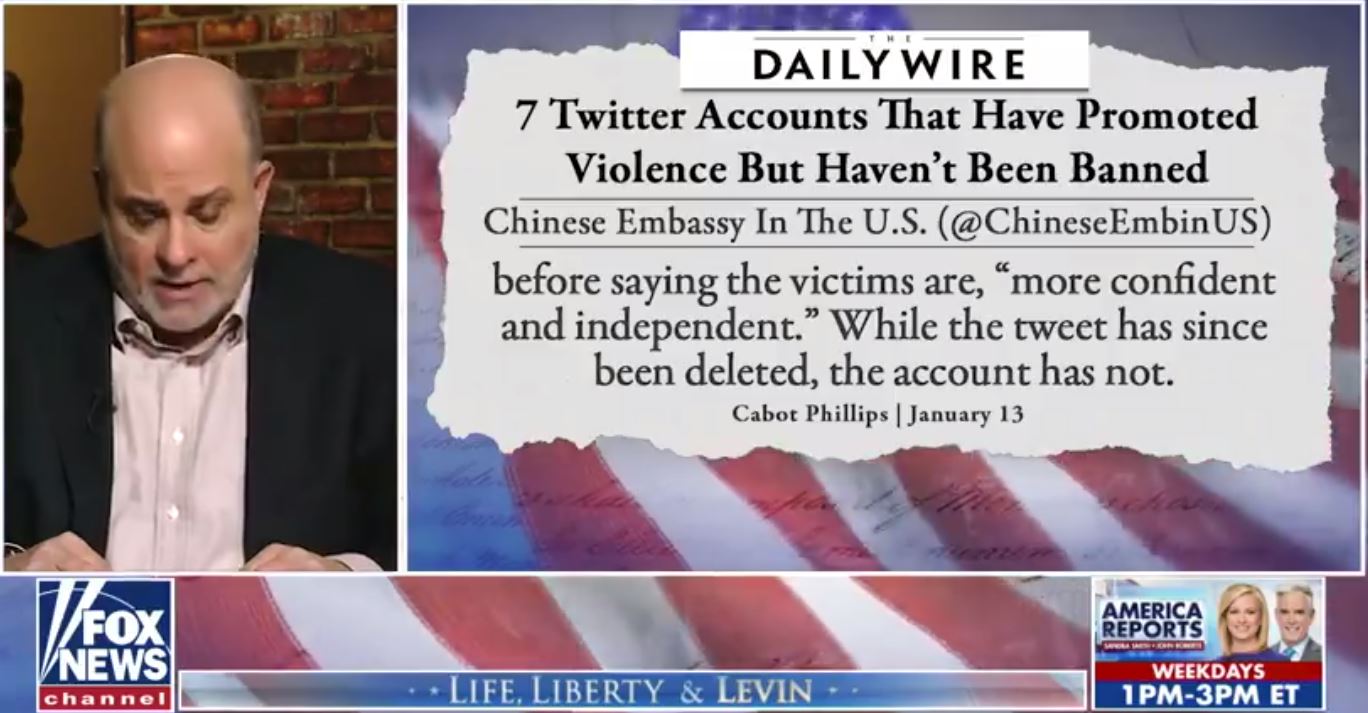 Our First Amendment right to Free Speech is under attack. Big tech companies censored the President of the United States of America! They are silencing conservatives while allowing threats of violence by groups such as Antifa and tweets from Iran’s Supreme Leader the Ayatollah Ali Khamenei and the Chinese Embassy in the U.S. YouTube is allowing a viral video that calls on liberals to form “an army of citizen detectives” and incites them to commit violence against Trump Supporters. That video includes footage of Trump rallies and calls anyone who attended a “domestic terrorist”. They are forming an army of leftists with computers to attack conservatives. Mark R. Levin, a constitutional law expert and host of Life, Liberty & Levin is taking up the fight against tech tyranny. Watch the video below as Levin interviews John Matze, CEO of Parler and Chris Pavloski, CEO and Founder of Rumble.

After Amazon removed Parler’s website from Amazon Web Services (their cloud hosting services AWS), Parler filed an antitrust lawsuit against Amazon. Due to death threats and harassments, John Matze (CEO of Parler) and his family are now in hiding (according to a court filing obtained by Fox News).

“Parler’s CEO, John Matze, Jr., reports in his declaration in support of Parler’s TRO motion that many Parler employees are suffering harassment and hostility, fear for their safety and that of their families, and in some cases have fled their home state to escape persecution.”

“Matze himself, as the CEO of the company AWS continues to vilify, has had to leave his home and go into hiding with his family after receiving death threats and invasive personal security breaches,”

The video of Life, Liberty & Levin that I shared with you today is hosted on BitChute.com. Since YouTube removes videos that they don’t want us to see, I now depend upon Rumble and BitChute, Our voices are being suppressed. It’s not enough that the radical left, the Democratic party and foreign influencers now own the majority of the mainstream media in the United States. These entities also control the big tech companies that are silencing our voices. We cannot let them take away our First Amendment right to Freedom of Speech