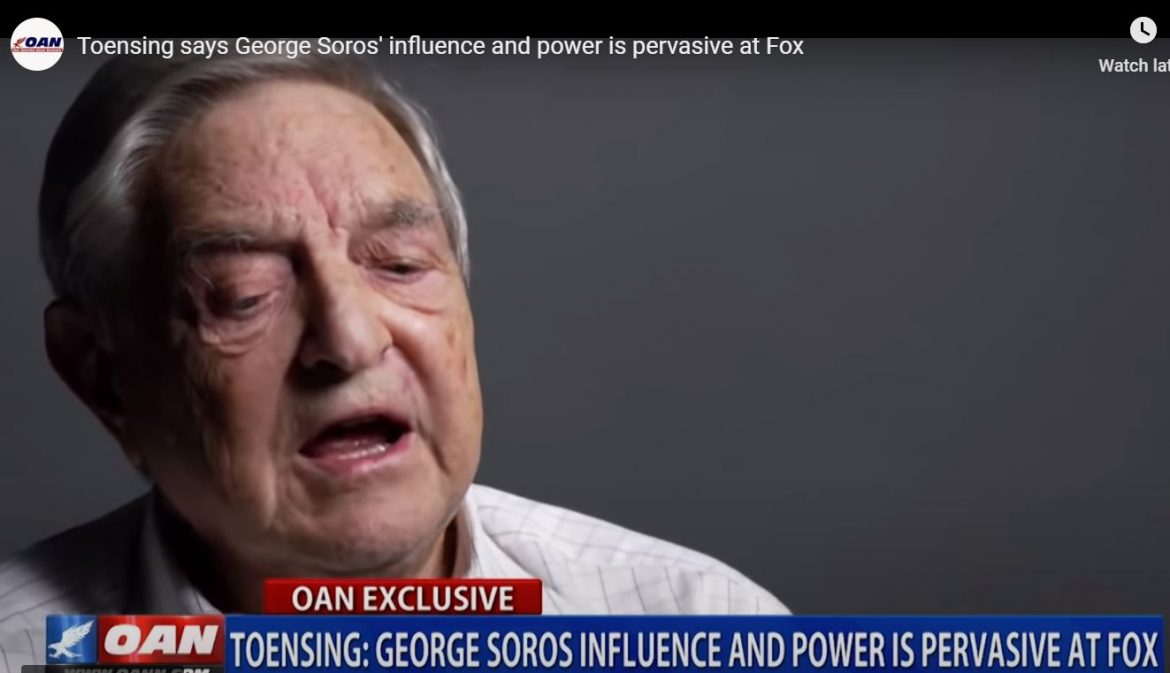 
On September 16th, former Speaker of the House Newt Gingrich appeared on the Fox News show “Outnumbered”. All seemed to be going well until Gingrich stated that billionaire George Soros was helping to fuel the riots in multiple U.S. cities by donating to efforts to elect left-wing, anti-police, pro-criminal district attorneys . Rather than allow him to speak, “Outnumbered” co-host Melissa Francis interrupted him with, “I’m not sure we need to bring George Soros into this.” Gingrich responded “why can’t we discuss the fact that millions of dollars he spent elected these people?”

Meanwhile, co-host Harris Faulkner (who had been interviewing Gingrich) sat in awkward silence before saying “I was going to say you get the last word, Speaker”. To which, Newt Gingrich replied “He paid for it. I mean, why can’t we discuss the fact that millions of dollars…” That’s when panelist Marie Harf  interrupted with “No, he didn’t. I agree with Harris. George Soros doesn’t need to be a part of this conversation,” Gingrich replied “OK. So it’s verboten” and Harris retorted “OK. We’re going to move on,”

Apparently, this isn’t the first time that Fox News Network has censored someone from speaking up about George Soros. Watch this exclusive interview with former DOJ lawyer Victoria Toensing on One America News Network (OANN.com).

The Truth Behind what Newt Gingrich said about George Soros

Some of you may remember Bill O’Reilly as the host of the “O’Reilly Factor” on Fox News. Since 2017, O’Reilly hasn’t been associated with Fox News network (or any other mainstream media). He still has a staff of researchers and still strives to deliver unbiased news.

Listen to what Bill O’Reilly had to say about Newt Gingrich’s comments on his September 17th episode of the “No Spin News”.

“Soros is using his billions of dollars to undermine the justice system in the United States—and you can’t discuss that?” pic.twitter.com/yfGHfP2T6D

The Truth About Billionaire George Soros

Here are just a few quotes from what Bill O’Reilly had to say:

BTW – In a previous article “Democrats and Republicans are Exploiting Our Fear“, I referenced an earlier episode of Bill O’Reilly’s “No Spin Zone” as a source. If you’re frustrated with mainstream media and are looking for an unbiased resource, I would suggest considering subscribing to be a “No Spin Zone” premium member. I find it worthwhile. I also recommend OANN.com as a source for news that you won’t find on mainstream media.

What is going on with Fox? They used to stand apart from mainstream media! Are they stifling guests who speak up about the fact that George Soros is actively pumping money into funding the rioting and anarchy in America? Read Gingrich’s September 17th post “The Soros Cover-Up” in the online publication “The American Mind” for more details.