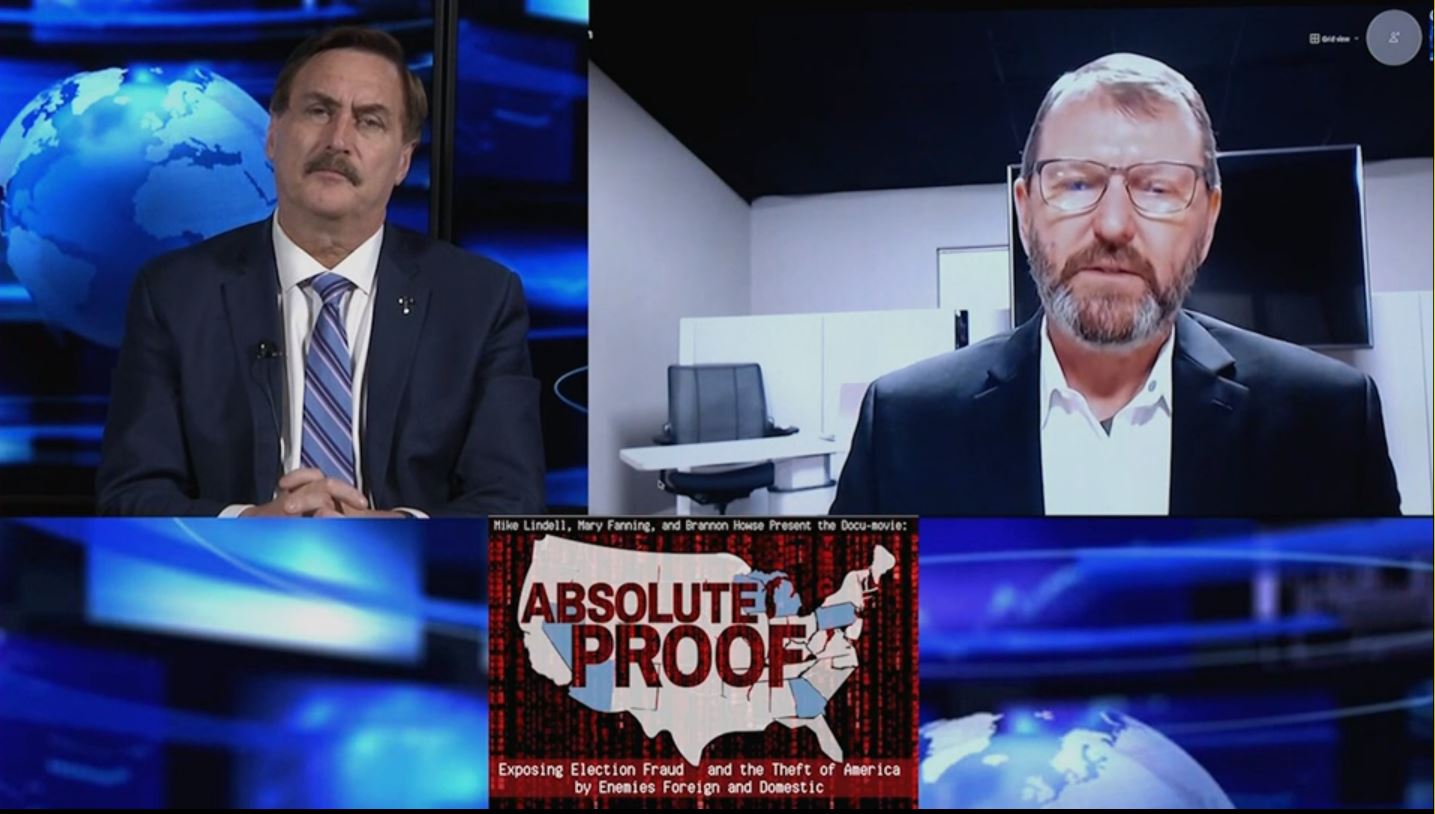 Anytime I hear of someone being kicked off of Twitter, banned from YouTube, boycotted by stores or somehow being censored by the big tech oligarchs and the cancel culture, I get mad and I immediately want to know what he or she has to say. Are they conspiracy theorists or are they simply conservatives who are trying to tell the truth? Mike Lindell, the CEO of “My Pillow” is one of these people. Kohl’s, Bed, Bath & Beyond and Kroger’s are punishing him by canceling their orders and refusing to carry his MyPillow products. Twitter suspended his personal account and then suspended his MyPillow company page. An anchor from Newsmax (one of the few conservative news networks on American TV) interrupted Lindell during an interview and actually walked off the stage because Lindell insisted upon talking about election fraud. (The purpose of the interview was to talk about “Absolute Proof”.) The lead attorney for Dominion Voting Systems warned OAN (One America News Network) not to air Lindell’s documentary and OAN carried a disclaimer telling viewers that Lindell “purchased the airtime for the broadcast of this program” and it “is not the product of OAN’s reporting.” In spite of those threats, OAN released “Absolute Proof“. This 5-minute clip (of the 2-hour documentary) is Mike Lindell interviewing Retired Army Col. Phil Waldron about election fraud and foreign and domestic interference.

In my opening paragraph, I mentioned that Newsmax anchor Bob Sellers refused to let Mike Lindell talk about his “Absolute Proof” documentary. Watch for yourself:

This is the same scenario that played out on September 16th, 2020 when, co-host Harris Faulkner and panelist Marie Harf (on the Fox News show Outnumbered) refused to let former Speaker of the House Newt Gingrich tell the truth about billionaire George Soros spending millions of dollars to elect left-wing, anti-police, pro-criminal district attorneys .

I don’t know about you, but I can’t watch OAN on TV because Comcast (the only ISP available to me in town) refuses to carry it. I ended up subscribing to KlowdTV.com and using their “JumpBack” feature to watch it. (I opted for the $2.49 per month for 24 live TV Channels.) You can also watch the entire 2-hour video “Absolute Proof” on Mike Lindell’s personal website or find it on Rumble. How about you? Where do you find your news?