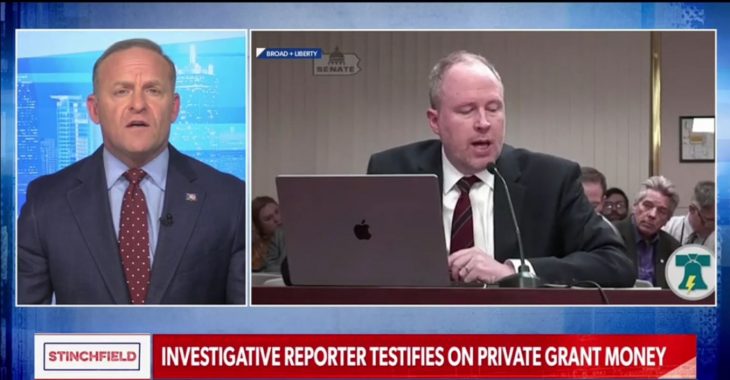 On April 5th, 2022, investigative reporter Todd Shepherd testified to the State Government Affairs Committee in Pennsylvania. Shepherd’s investigation discloses proof that Mark Zuckerberg’s $419M donation (to the 2020 Presidential election) was used to turn out the vote in select Democratic blue counties. As Federalist’s William Doyle wrote (in October 2021) “The 2020 election wasn’t stolen — it was likely bought by one of the world’s wealthiest and most powerful men pouring his money through legal loopholes.”

At the height of the push for mail-in voting, Zuckerberg’s $419M (often referred to as ‘ZuckBucks‘ or ‘ZuckerBucks‘) was used to fund election grants. But ONLY blue Democratic-leaning counties were given the opportunity to apply. No red counties were offered these grants. And Todd Shepherd has an email chain to prove it.

Watch as Newsmax host Grant Stinchfield walks us through the highlights of Shepherd’s testimony. Stinchfield sums it up as: “Pennsylvania paid government officials, literally collaborated with Democrat strategists to get out the vote. Public officials. Private money. Using private money in a very public way. A scheme that turned out to be a crushing blow to President Trump’s chances of winning in Pennsylvania.”