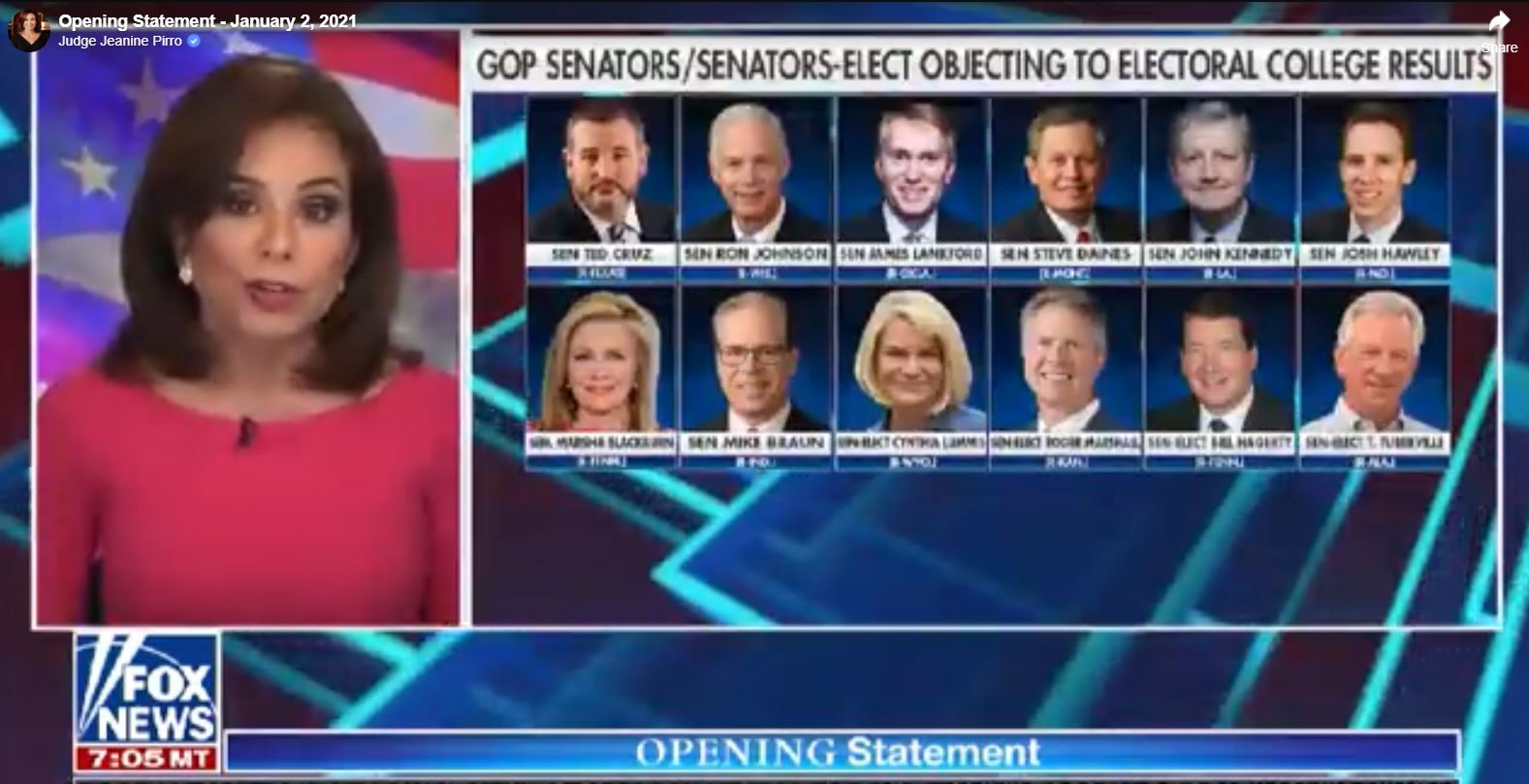 On Wednesday, January 6th, the Electoral College votes will be counted. Listen and watch as Justice Judge Jeanine Pirro explains what is going to happen on this historically significant day as members of both the Senate and the House of Representatives will meet in a joint session of congress to count and certify the votes. Vice President Mike Pence will preside over the certification of the Electoral College votes. There’s been a lot said and written lately about what could, should and might happen but the Constitution of the United States of America lays out very specifically how to proceed should there be objections by Republican House members and senators to the Electoral College votes cast for Democratic presidential nominee Joe Biden. Watch Judge Jeanine Pirro’s opening statement as she cuts to the chaste of what we can expect to happen when the session opens at 1:00pm EST.

As I am writing this, there is a coalition of GOP Senators (led by Senator Ted Cruz) that intends on objecting to the Electoral College certification and demanding an emergency audit. Many believe that this is a longshot but in their joint statement, they state:

“We are not naïve. We fully expect most if not all Democrats, and perhaps more than a few Republicans, to vote otherwise. But support of election integrity should not be a partisan issue. A fair and credible audit-conducted expeditiously and completed well before January 20-would dramatically improve Americans’ faith in our electoral process and would significantly enhance the legitimacy of whoever becomes our next President. We owe that to the People.

Jeanine Ferris Pirro is a judge who’s legal career spans over 30-years. She started one of the first domestic violence units in the nation and served as the first female judge in Westchester County New York.