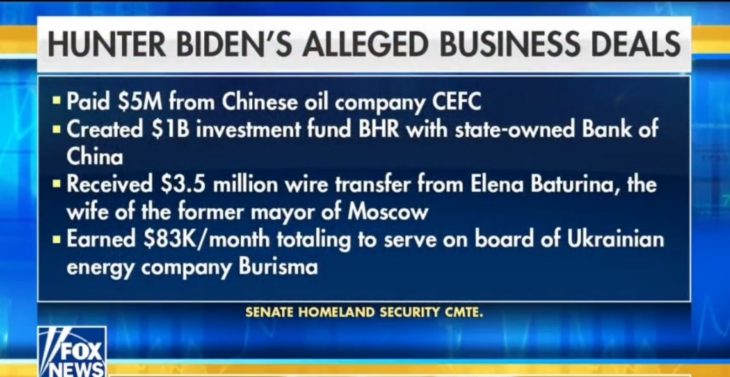 The above graphic represents details of some of the business deals that Hunter Biden has been involved in over the years. Since serving as Barack Obama’s Vice President, Joe Biden and his family has made tens of millions of dollars from business deals with China, Russia and Ukraine. The data in this graphic represents information gathered by the U.S. Senate Committee on Homeland Security and Governmental Affairs. Senators Ron Johnson (R-Wis.) and Chuck Grassley (R-Iowa) have played essential roles on that committee. Hunter Biden’s alleged business deals include:

Watch as Miranda Devine, author of  ‘Laptop from Hell’ and Maria Bartiromo expose some of Hunter Biden’s business deals.