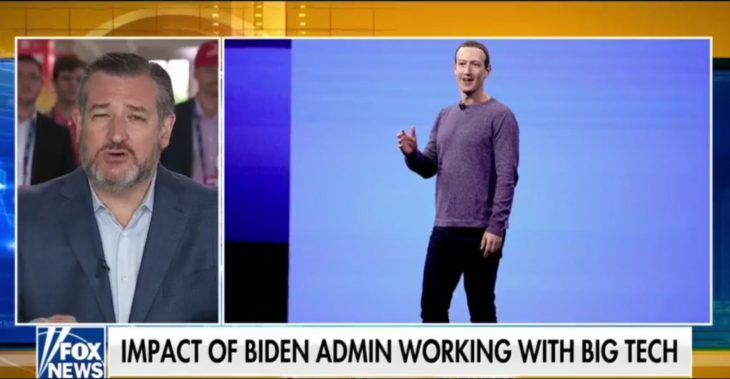 White House Press Secretary Jen Psaki brazenly admitted that White House staff are regularly in touch with social media platforms. Specifically, Psaki admitted that both White House senior staff and members of their Covid team are flagging posts for Facebook. to stop the spread of misinformation about Covid-19.

Psaki admitted: “We have increased disinformation research and tracking (um) within the Surgeon General’s office. We are flagging problematic posts for Facebook (um) that spread this misinformation. We are working with doctors and medical professionals to connect (um) to connected medical experts (with popular, with popular) who are popular with their audiences with accurate information and boost trusted content.”

In this 5 1/2 minute clip from ‘Sunday Morning Futures with Maria Bartiromo‘, Senator Ted Cruz discusses the implications of what Psaki has confessed to. According to Cruz, “These latest breakthroughs have real consequence. Because it now is clear that Facebook was operating at the direction of and in the direct benefit of the federal government. And operating as the government censor, utilizing their monopoly position to censor on behalf of the government.”

There has already been evidence of collusion between Dr. Anthony Fauci and Facebook’s CEO Mark Zuckerberg. Emails from March of 2020 show that Fauci and Zuckerberg discussed building a ‘Coronavirus Information Hub’ for Facebook. According to Senator Cruz, Jen Psaki’s press conference has further strengthened President Trump’s lawsuit against tech giants Twitter, Facebook and Google. To sum up, Cruz said he thinks “President Trump’s lawsuit got much much stronger this week”.

Maria Bartiromo agreed and quoted one of her next guests, U.S. Constitutional lawyer Mark R, Levin, as saying “Psaki’s admission makes Trump’s Big Tech lawsuit a slam dunk.” She should be a defendant. She should go and testify in that suit.