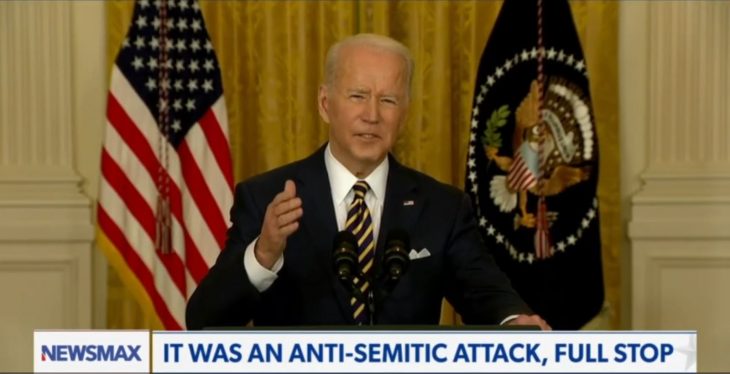 On January 15, 2022, armed Islamic terrorist Malik Faisal Akram took three Jews hostage in the Congregation Beth Israel Synagogue in Colleyville Texas. During a press conference that night, FBI Special Agent Matthew DeSarno stated that the attack and hostage taking was “singularly focused on one issue” that was “not specifically related to the Jewish community”. DeSarno also added that “We are continuing to work to find motive.”

When asked the next day, President Biden‘s response was “We don’t have — I don’t think there is sufficient information to know about why he targeted that synagogue or why he insisted on the release of someone who’s been in prison for over 10 years, why he was engaged — why he was using antisemitic and anti-Israeli comments. I — we just don’t have enough facts.”

Neither the FBI nor President Joe Biden admit that the Texas synagogue attack was an act of antisemitic terrorism. Yet, Attorney General Merrick Garland has instructed the FBI to investigate parents who oppose CRT (Critical Race Theory) as domestic terrorists. As Newsmax host Greg Kelly points out in the clip below, “Something’s very, very wrong with the FBI. (Um) They’re taking their cues (I guess) from the Biden administration. Just like Benghazi. They don’t want to call it terrorism.”