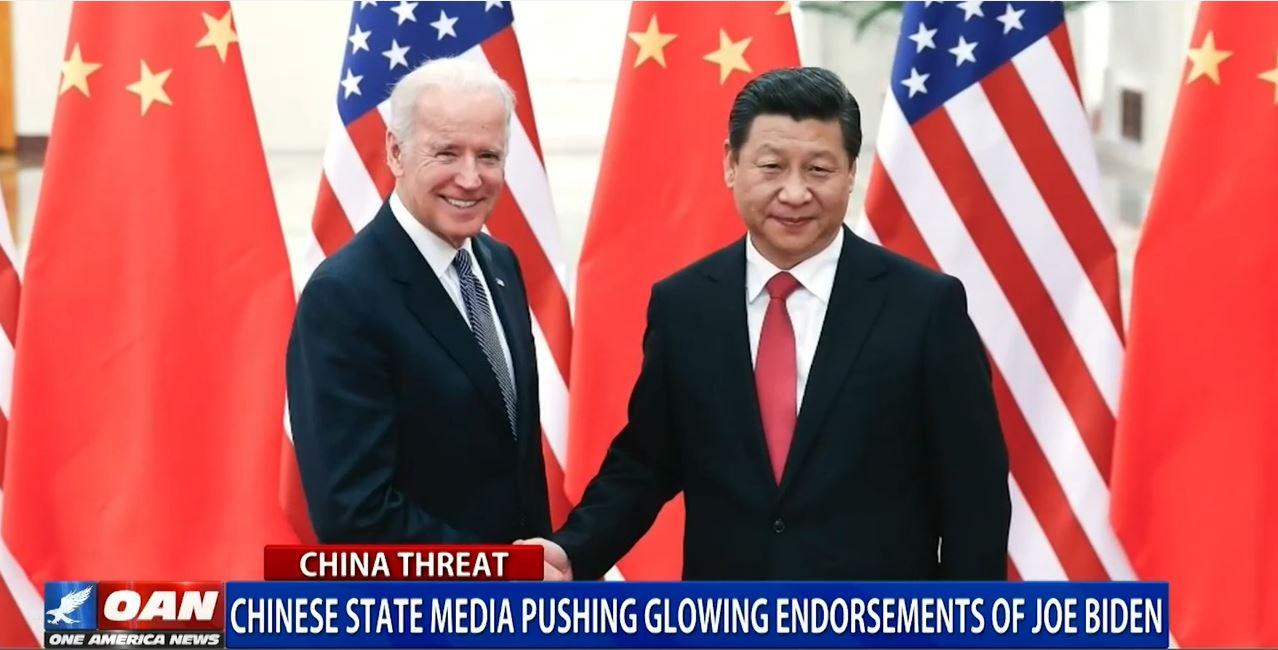 The state-run media of the CCP (Chinese Communist Party) is gleefully supporting our newly elected President, Joe Biden. Watch as Hans Hubbard (One America News Network) shows how the Chinese state-controlled media is depicting President Biden. While they reference President Trump’s “torturous reign” ending (hopefully forever), they unabashedly embrace Joe Biden as our President. Many Americans have concerns that Joe Biden and his family became rich by selling access to the White House while Vice President. Many believe that the big tech companies and the mainstream media are stealing our freedom of the press and our freedom of speech. Many believe that the election “irregularities” in the 2020 election were part of a master plan of election fraud and foreign interference. Only you can decide what you want to believe.

The threat of the Chinese Communist Party (CCP)

On December 24th 2020, President Trump tweeted a link to a 17-minute video called“The Plot to Steal America”, Chances are, you haven’t seen it. YouTube pulled it down almost immediately. It’s downright scary but so is the thought of losing our country to Communism.

Stay the course. These are difficult times. Our freedoms are being challenged. Our voices are being silenced. Conservatives are being targeted and attacked. We need to stand together and speak out. A lot of good people hate Trump because they have been programmed to hate him. We all know people who get all their news from mainstream media and/or traditional social media networks. They honestly don’t know the truth. Please tell them. Spread the truth to save your country.