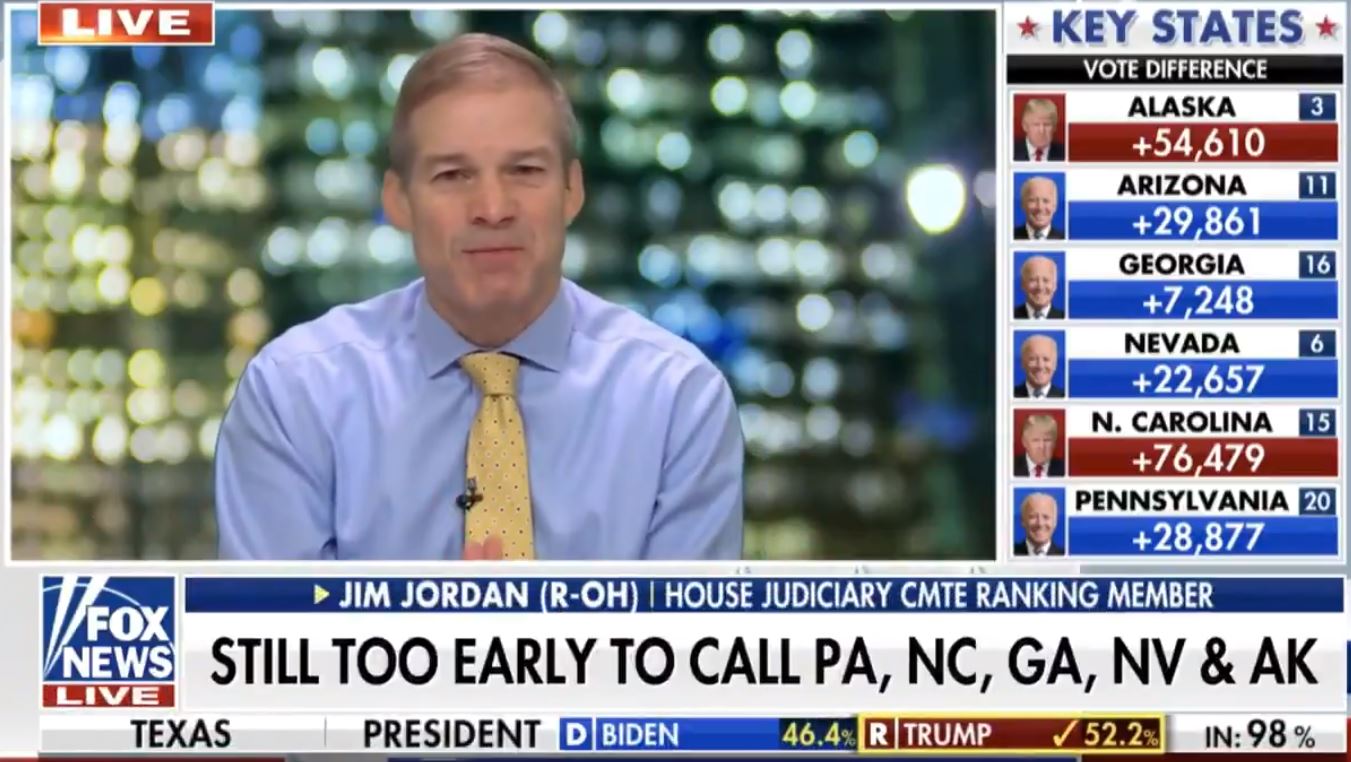 While mainstream media has declared that Joe Biden has won the 2020 election, there are still millions of Americans who believe that our election laws have been violated. The 2020 Presidential election will be decided in the U.S. courts not by mainstream media. There are many violations of electoral law that needs to be resolved. Every legal vote needs to be counted. President Trump is not conceding and he has promised to take this to court (for us). Today, President Trump’s campaign legal adviser Jenna Ellis (@JennaEllisEsq) released this statement on Twitter. “Media coordinated efforts are attempting to simply declare Joe Biden the president and ignore the rule of law. There is no official winner until every legal vote is counted accurately, the states certify results, and all legal challenges are resolved.”

Not convinced that our election is being stolen? I’ve collected four short tweets that should get you either riled up or thinking (or maybe both). Spread the word. Remember the quote from Ronald Reagan: “Freedom is never more than one generation away from extinction.“

This tweet from Representative Jim Jordan (@Jim_Jordan) is a quick snapshot of what is transpiring now due to universal mail-in voting.

Pennsylvania’s Democrat Secretary of State directed officials to count mail-in ballots even if the signatures on the ballot didn’t match.

How can the state guarantee election integrity? pic.twitter.com/Sp6CQ4913t

It is now five days after the 2020 election and we still don’t know who our President elect is.

This tweet from @JamesOKeefeIII, (founder of Project Veritas), includes a video of an interview with an Erie County PA USPS whistleblower. Whistleblower Richard Hopkins confirms that Federal Investigators have spoken with him about Erie County Postmaster Robert Wisenbach’s order to backdate ballots to November 3, 2020.

Michigan Republican Party Chairwoman Laura Cox (@MIGOPChair) and RNC Chairwoman Ronna McDaniel (@GOPChairwoman) held a press conference to discuss voter fraud and the 2020 election. Cox reported that a “glitch” in computer software used in Atrim County Michigan caused 6,000 votes to be switched from Donald Trump to Joe Biden. The Michigan GOP chair went on to report that there are 47 other counties using the same software. Today, Breitbart reported that two counties in Georgia use the same election voting software as Michigan.

Michigan GOP Chair: Dozens of Michigan counties used the same software that caused 6,000 votes in one county to switch from Trump to Biden.

“These counties that used this software need to closely examine their result for similar discrepancies.” pic.twitter.com/ZK3uUcogNB

The scene at Detroit’s absentee ballot counting center is growing more heated. The windows now being covered up. Allegations of violations. Sec. of State says she welcomes challenges. pic.twitter.com/oUL4A0h3Ku

Continued Unrest about the Integrity of the 2020 Election

The fact that this election will end up in court should not come as a surprise to those of us who have been following the 2020 election. Two months ago, Mark Levin (an expert in constitutional law) interviewed Hans von Spakovsky, (an expert in election law) on his show “Life, Liberty & Levin”, Together, they predicted that Universal Mail-In Voting Would End in a Constitutional Crisis.

What are your thoughts? This may be just the tip of the iceberg.