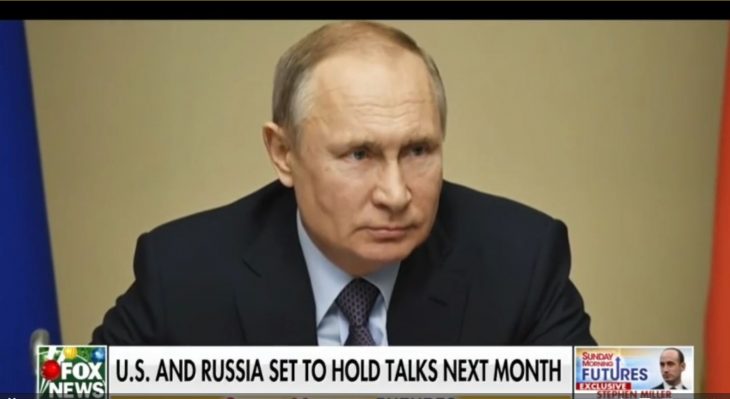 Sunday, December 26th, Russian President Vladimir Putin announced that “he’s going to ponder a slew of options if the West fails to meet his push for security guarantees precluding NATO’s expansion to Ukraine.” Putin went on to say that his options will depend upon what his military experts propose to him. These threats are not to be taken lightly. According to CNSNews.com, Chinese President Xi Jinping has expressed that China fully supports Russia’s demands for security guarantees from NATO. At risk is that Russia and China are becoming closer while tensions are rising between Russia and the U.S.

Watch as Larry Kudlow asks former Secretary of State Mike Pompeo about Russian President’s Vladimir Putin’s recent aggression toward Ukraine during the Biden administration. Pompeo reminds us that Putin recognizes that the U.S. has weak leadership under this administration and that Putin is going to push us as far as he can. Putin is not worried about Russia being invaded. This is all about power.