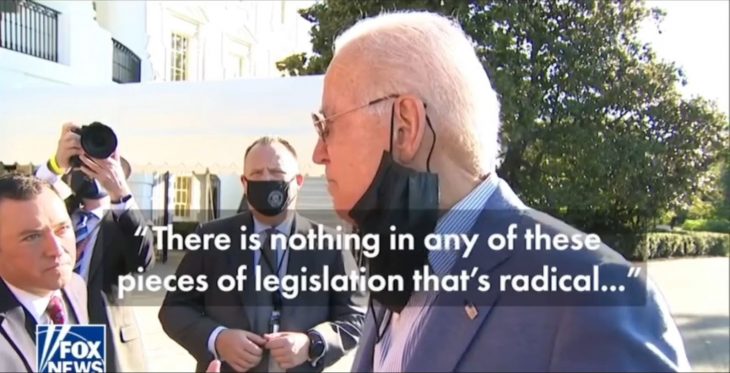 Judge Jeanine Pirro opened her October 2nd show asking “Do you like Venezuela?” Pirro blames the rise of Socialism in America on the progressive Democrats. In the past 4 years, we have watched District Attorneys like George Gascon (in Los Angeles) as they put criminals before victims. This is part of a plan by socialists. On his September 17th, 2020 episode of ‘No Spin News’, Bill O’Reilly reported that George Soros donated 17 million dollars to county races to get far left progressives into the district attorney’s office. Biden’s $3.5T Human Infrastructure spending bill is part of the socialist takeover of America. Americans need to wake up before it’s too late. We can’t rely only on news from mainstream media.

What is in Biden’s $3.5T ‘Human Infrastructure’ bill?

While President Biden is telling Americans that his massive $3.5T ‘human infrastructure‘ spending bill will “cost zero“, that is an outright lie. If approved, this bill would provide illegal immigrants with free community college. This bill calls for $79B to hire more IRS agents so they can perform more tax audits. It also provides $12B for government electric cars. (That should be good news for China because that is where we buy the lithium batteries.) Judge Jeanine doesn’t know where the $3B for “tree equity” will go. There’s another $2B slated to support a civilian climate corp.