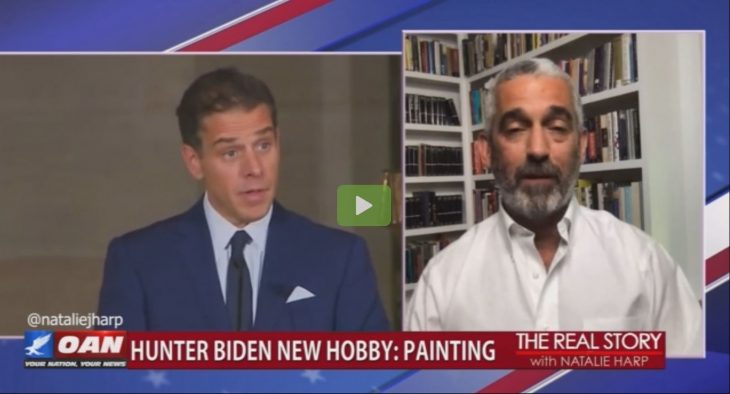 Mainstream media (along with the Big Tech oligarchs) are selling Americans another bill of goods. Hunter Biden is now selling his art at $75,000 to $500,000 a piece. While the White House claims that the bidders will be anonymous, ties of the art gallerist to China are surfacing. In October of 2020, Twitter, Facebook, the mainstream media and the Democratic party covered up several New York Post articles about Hunter Biden’s laptop and the Biden family scandal. Back in October there were already investigations into how the Biden family had made millions by selling the influence of former Vice President Joe Biden. First, there was the fact that Hunter Biden held a position on the board of directors at the Ukrainian energy firm Burisma (in spite of having no experience in Ukrainian energy regulations). Now, we’re supposed to believe that Hunter Biden is moving on from his lucrative career as an advisor at a Chinese energy firm to an artist who’s paintings command prices up to half a million dollars. (Nothing to see here folks.)

The Link Between Art & Money Laundering

Peter Schweizer, President of the Government Accountability Institute (GAI) has been investigating the connection between the Biden family and the Chinese Communist Party (CCP) for years. The documentary, “RIDING THE DRAGON: The Bidens’ Chinese Secrets” was based on Schweizer’s research. (If you’re serious about learning the truth about the connection between the Biden family and China, please follow that link and watch that 41 minute documentary. It is truly eye opening.)

Schweizer also recently appeared on “Sunday Morning Futures” with Maria Bartiromo where he described Hunter Biden’s selling art as genius-level corruption. During that segment, Schweizer referenced a 2019 Senate report that talked about “how the art world is rife with money laundering and corruption involving foreign oligarchs because it’s so hard to trace”. You can find that Senate Subcommittee report here.