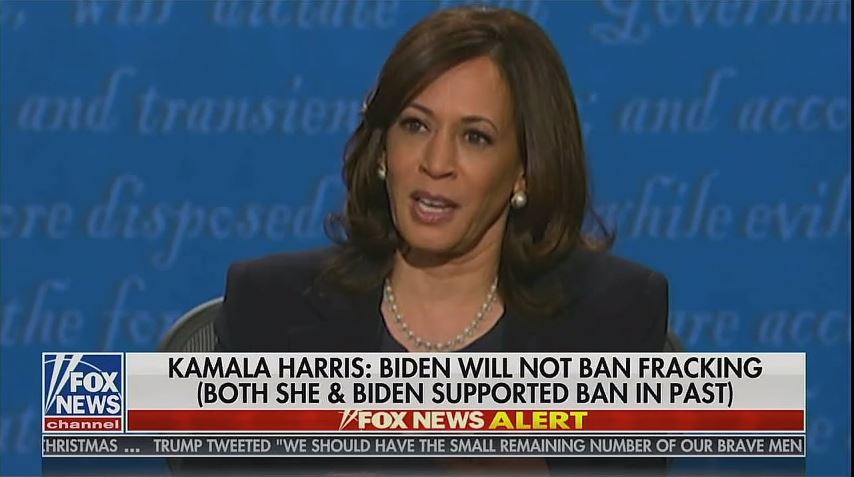 In the 2020 VP Debate, Kamala Harris did exactly what Joe Biden did in his debate with Donald Trump. She refused to answer critically important questions. The most serious question that Kamala Harris dodged is whether they will destroy the judicial branch of our government by “packing” the Supreme Court. Harris did not telling the truth about increasing our taxes or that a Biden-Harris administration would ban fracking. As for which candidate the Chinese Communist Party (CCP) wants to see win, they censored Mike Pence during the debate while they broadcast the responses by Kamala Harris.

In Congressman Kevin McCarthy’s interview with Laura Ingraham, he explains why it’s untruthful that the taxes of middle-class Americans will not go up. Repealing Trump’s tax cuts will affect people making less than $400,000. Every single family in America will get their taxes raised with the middle class being affected the most.

Does the Biden-Harris Plan Include the “Green New Deal”?

Joe Biden has repeatedly said throughout his campaign that he will end fracking and now he’s saying he won’t. Kamala was the first person to sign onto the Green New Deal and now she’s denying it. Fracking accounts for tens of thousands of jobs nationwide. What is it? Are they going to ban fracking or not? This should be a cut and dry issue but it’s not.

Actually, Biden is aligning with the socialist faction of the Democrat party. Former President Barack Obama, in an interview with the New Yorker, stated “If you look at Joe Biden’s goals and Bernie Sanders’s goals, they’re not that different from a forty-thousand-foot level” .

Why did China censor Pence during the VP debate?

If you’re not convinced that China would far prefer to see former Vice President Joe Biden elected than President Trump check out the documentary, “RIDING THE DRAGON: The Bidens’ Chinese Secrets“. You’ll learn the story behind what really happened in 2013 when Hunter Biden accompanied his father to Beijing China on official government business.

What are your thoughts? Do you believe that acking the Supreme Court would be the biggest “power grab” in history? Does it concern you that both Joe Biden and Kamala Harris are inconsistent about their campaign messages? How can Americans get behind and support a presidential candidate without knowing where they stand?