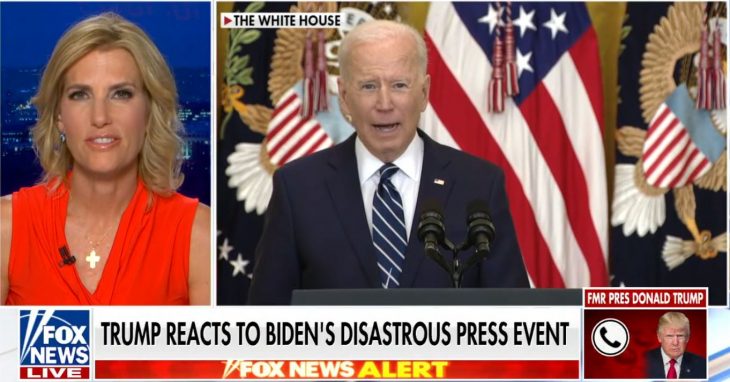 President Joe Biden gave his first press event on March 25th. Watch/listen to former President Trump as he reacts to Biden’s nationally broadcast event. Ingraham kicks off the interview with Biden’s crisis at the U.S.-Mexico border. Former President Trump points out that (under his administration), we had 500 miles of new border walls. We also had the cooperation of the President of Mexico. 28 thousand Mexican soldiers had been positioned along our border. Now, the conditions at the border are inhumane (which is why Biden will not allow the media or Members of Congress to photograph the detention facilities). Trump also reacts to Biden accusing him of “starving” children to death (which gave him the opportunity to compare the vast differences between his administration and Biden’s). Watch the 26-minute clip of Ingraham’s over-the-phone interview here: