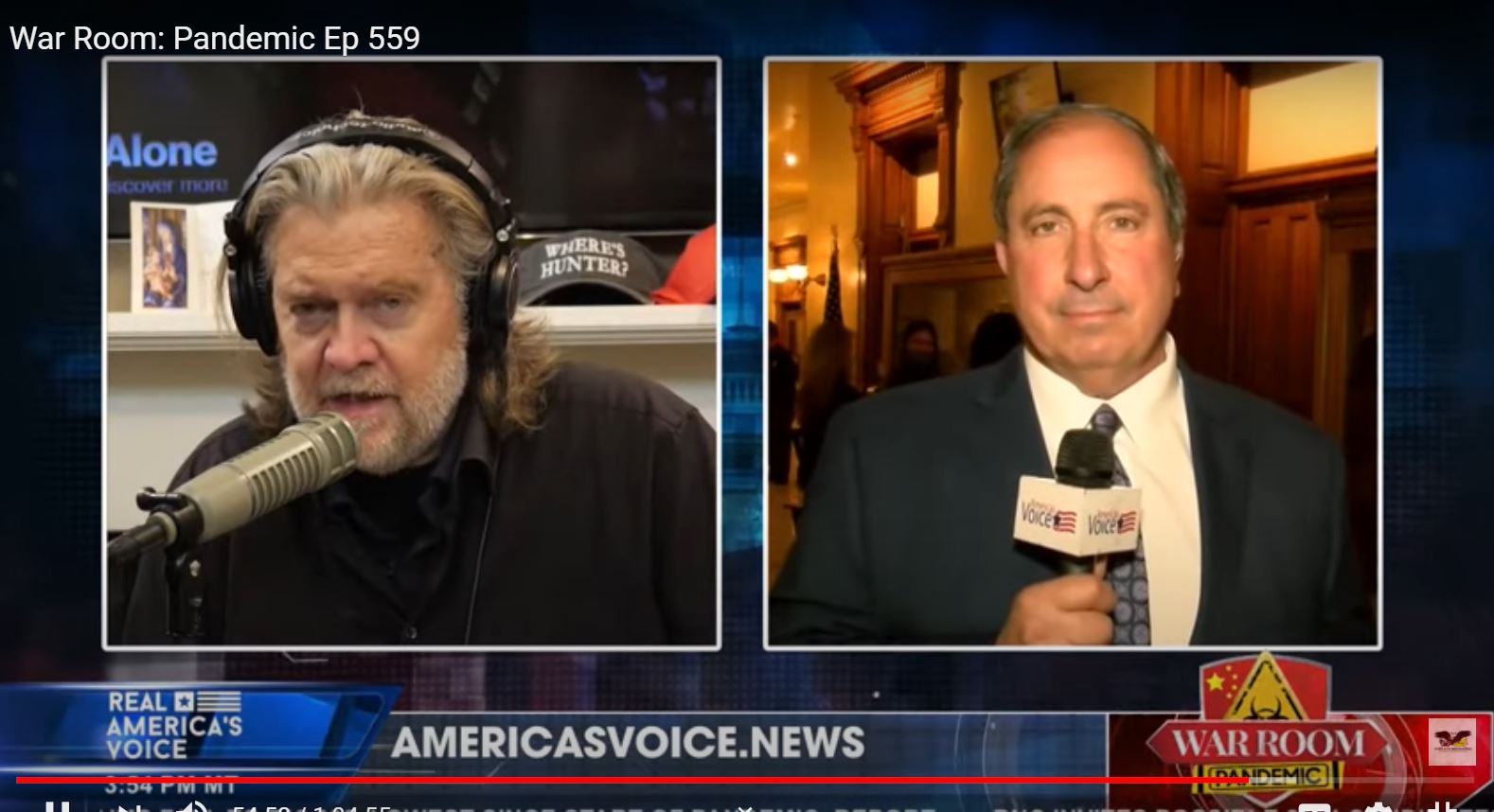 Have you seen the video footage of election workers pulling suitcases of ballots from under a table and then feeding them into a Dominion voting machine? (Of course, this happened after almost all of the poll workers had been sent home.) This recently released video is just part of the evidence that Rudy Giuliani presented at a Georgia Senate election fraud hearing on December 3rd. This evidence raises serious questions about the validity of the vote counting that went on. Why were there no witnesses? Why were there so few people present? Where did these ballots come from?

WATCH: Video footage from Georgia shows suitcases filled with ballots pulled from under a table AFTER supervisors told poll workers to leave room and 4 people stayed behind to keep counting votes pic.twitter.com/AcbTI1pxn4

This clip (from Steve Bannon’s War Room: Pandemic Ep 559 ) shows John Fredericks, (Syndicated Talk Show Host, Trump 2020 Advisory Board), reporting live from the Senate election fraud hearing at the Georgia State Capital. Listen as he describes the meeting he attended as a “rogue” hearing. Actually, it was held by a sub-committee of the Georgia oversight committee. Fredericks goes on to say “Here’s the bombshells that went on today Steve and they’re big.. Once this gets out, The fake news is not going to be able to hide the level of fraud that’s going on. “

Note: This clip is set to start 50 minutes in when John Fredericks begins his report,

Fredericks reported that the Trump Team produced video footage from the State Farm Arena in Fulton County Atlanta. This is the vote counting location where everyone was thrown out before they shut the doors and blocked the windows with curtains and plywood. The lights were shut off and two workers remained for cleanup. The video footage shows two individuals entering a locked room and pulling out four boxes stuffed with ballots and then feeding them into a Dominion voting machine (in the middle of the night).

The second incident Fredericks reported was a witness who was to testify that a forensic examination of a Dominion Voting machine (in Ware County Georgia) had discover votes that had been flipped from Donald Trump to Joe Biden. While the number of votes may seem insignificant (only 37), this evidence proves that it could be done. For now, I haven’t found more information on this report other than this tweet:

Yesterday we learned a forensics examination of a Ware County, GA #DominionVotingSystems machine found votes were switched from @realDonaldTrump to @JoeBiden.

This is one machine in one county in one state.

Did this happen elsewhere? We need to know!

EXAMINE ALL THE MACHINES!