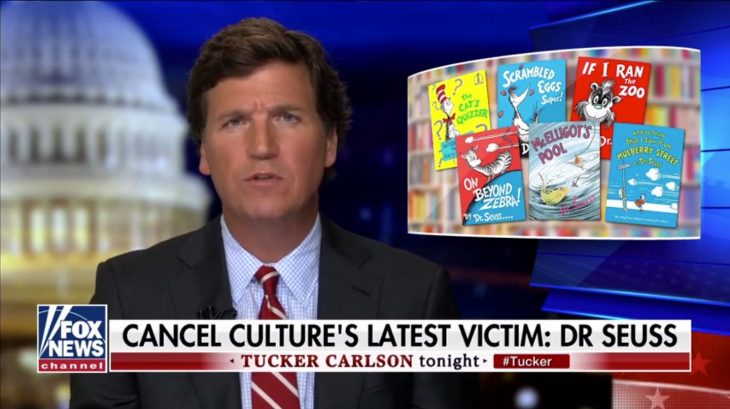 You can still buy copies of Adolf Hitler’s Mein Kampf and Karl Marx’s Communist Manifesto on eBay but you aren’t going to be able to buy copies of some of Dr. Seuss books. because they violate eBay’s “offensive materials policies“. Some of these books were written 80 years ago. The six offensive classics that are being targeted are “And to Think That I Saw It on Mulberry Street,” “If I Ran the Zoo”, McElligot’s Pool,” “On Beyond Zebra!,” “,” and “The Cat’s Quizzer”) because they “portray people in ways that are hurtful and wrong.” Watch as Tucker Carlson and Matt Walsh discuss how Dr. Seuss has become yet one more victim of our cancel culture.

For More Insight into the Cancel Culture & Big Tech: