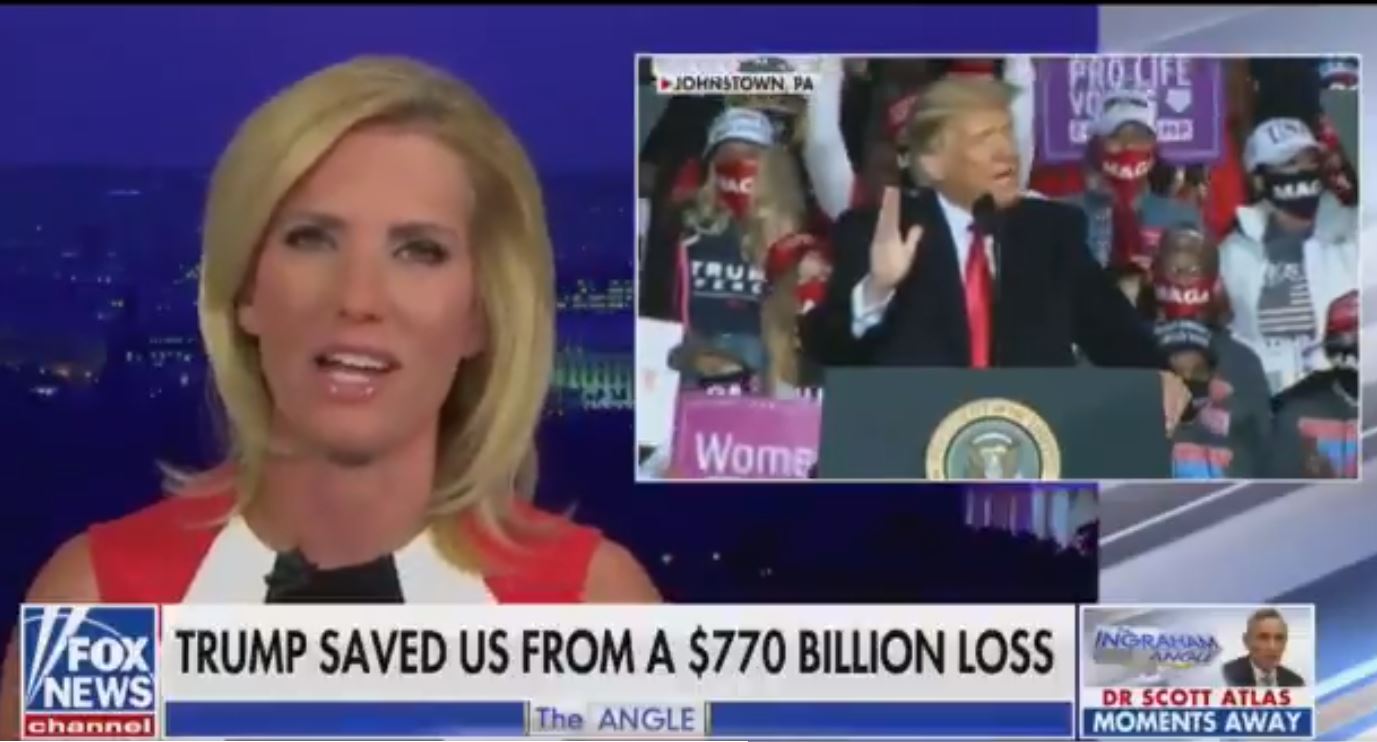 President Donald Trump’s response to the Covid-19 pandemic has actually saved the U.S. economy. The IMF (International Monetary Fund Organization) shows that the GDP (Gross Domestic Product) of the U.S. declined less than every other G7 member nation during the pandemic. In spite of the effects of Covid-19, the Atlanta Fed is estimating a 32% increase in the U.S. GDP for the 3rd quarter of 2020. President Donald Trump’s America First Plan is working.

The chart above from the IMF (International Monetary Fund Organization) indicates the GDP loss forecasts show that the United States beats every one of the other G7 member nations in managing the Covid fallout. Laura Ingraham points out that the GDP loss for the Eurozone is 8.3%. If the United States had followed Europe’s lead, our loss would have included an additional $770 Billion (based on Fox News calculations). Trump’s reactions and policies have put us ahead.

The economic outlook for 2020 looks promising under the Trump administration. The Atlanta Fed (the Federal Reserve Bank of Atlanta) recently released their GDPNow forecast which is estimating a 32% increase in the U.S. GDP for the 3rd quarter of 2020. That would be the largest quarterly economic growth of GDP in the history in the history of the United States.

What are your thoughts? Do you have confidence in President Trump’s America First economic plan? Do you feel that Trump did the best that a president could do in response to the Covid-19 pandemic? Do you believe that the U.S. economy would thrive under a Joe Biden presidency?