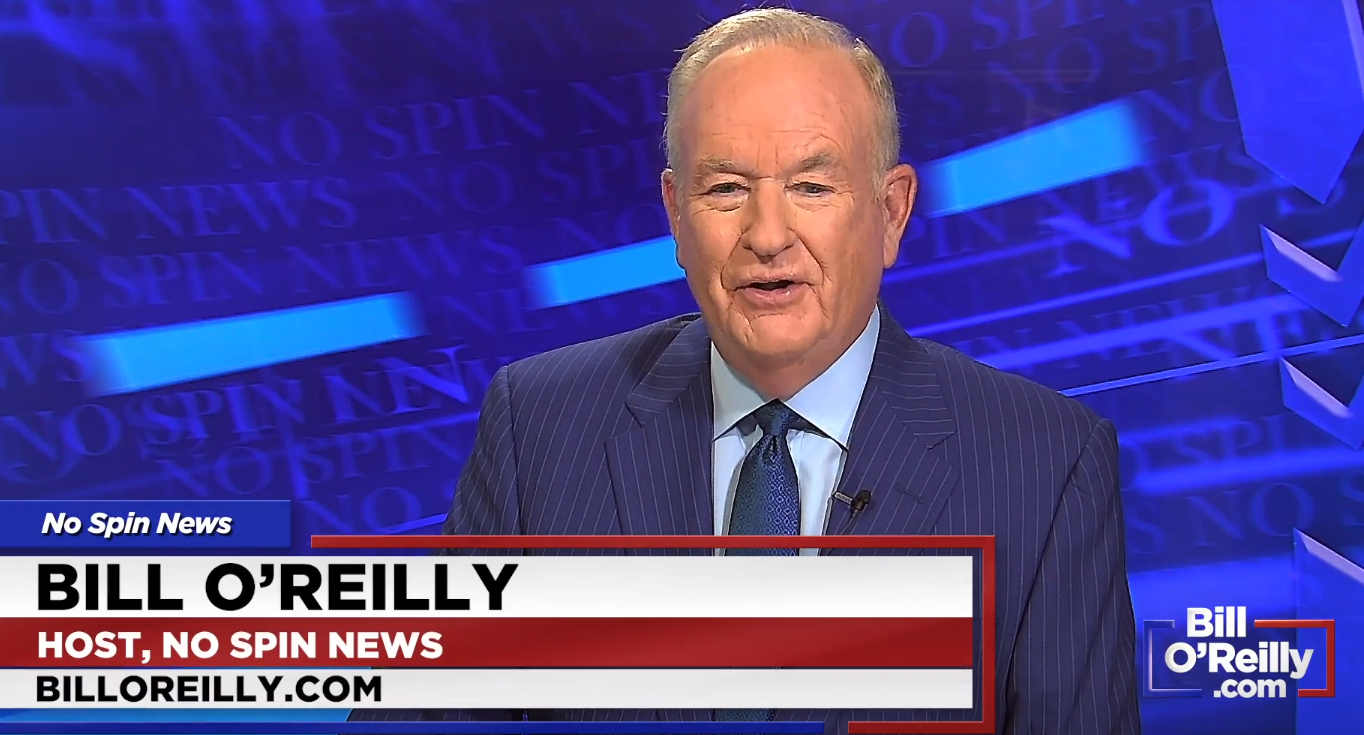 As many of you may know, I am not a fan of mainstream media (MSM). I watch some of it because I am determined to try to understand what is happening in our country. Many of my friends and members of my family do not share my opinions. Yet, I still have hopes that some of them could be swayed by honest, factual data and unbiased news.

One of the sources of news that I have come to rely upon is Bill O’Reilly. You may remember Bill as the political commentator who discussed current events and controversial political issues with his guests on the “O’Reilly Factor” on Fox News. Well, Bill no longer has to answer to anyone other than himself. He deems himself to be a “simple man” and he delivers unbiased news based on investigative reporting. I can unabashedly say I’m proud to be a premium member of BillOReilly.com (which gives me access to some of the information I’m sharing today).

Personally, I agree with Bill’s viewpoint. President Trump gave both the Democrats and the Republicans ample opportunity to negotiate a 2nd coronavirus relief package. They failed abysmally and on Saturday Trump signed 4 executive orders for Covid-19 relief. As Bill noted, When Barack Obama issued executive orders, the Democrats loved it. Not now! On the AM Joy show on MSNBC Hillary Clinton can be heard describing Trump’s actions with disdain:

“Well, it’s a stunt. There’s no doubt about it. It’s most likely, as even Republican senators have said, unconstitutional, bypassing the Congress, trying to spend money that he has no authority to direct.”

I wish I could share more of what Bill O’Reilly said in the remainder of his show (which aired on August 10th). Unfortunately, it]s premium member content. I will quote some of what he says in the remainder of his show. (I don’t believe that taking it out of content alters his words in any way.) Having said that, I honestly recommend subscribing as a member. If you do that, you’ll have access to this show and much more.

“The Democratic Party wants to crash the United States fiscal system. It wants it to crash because if it does, the central government in Washington will have to take economy over, which is what the Democrats wa

What are your thoughts? Do you agree that President Donald Trump is being treated differently from President Barack Obama? Are you intrigued to learn more? Honestly, this stuff is getting very real, very quickly. We’re running out of time to uncover the truth. Whether you like Bill O’Reilly or not, his career speaks for itself. You can believe this or deny it. Your choice.