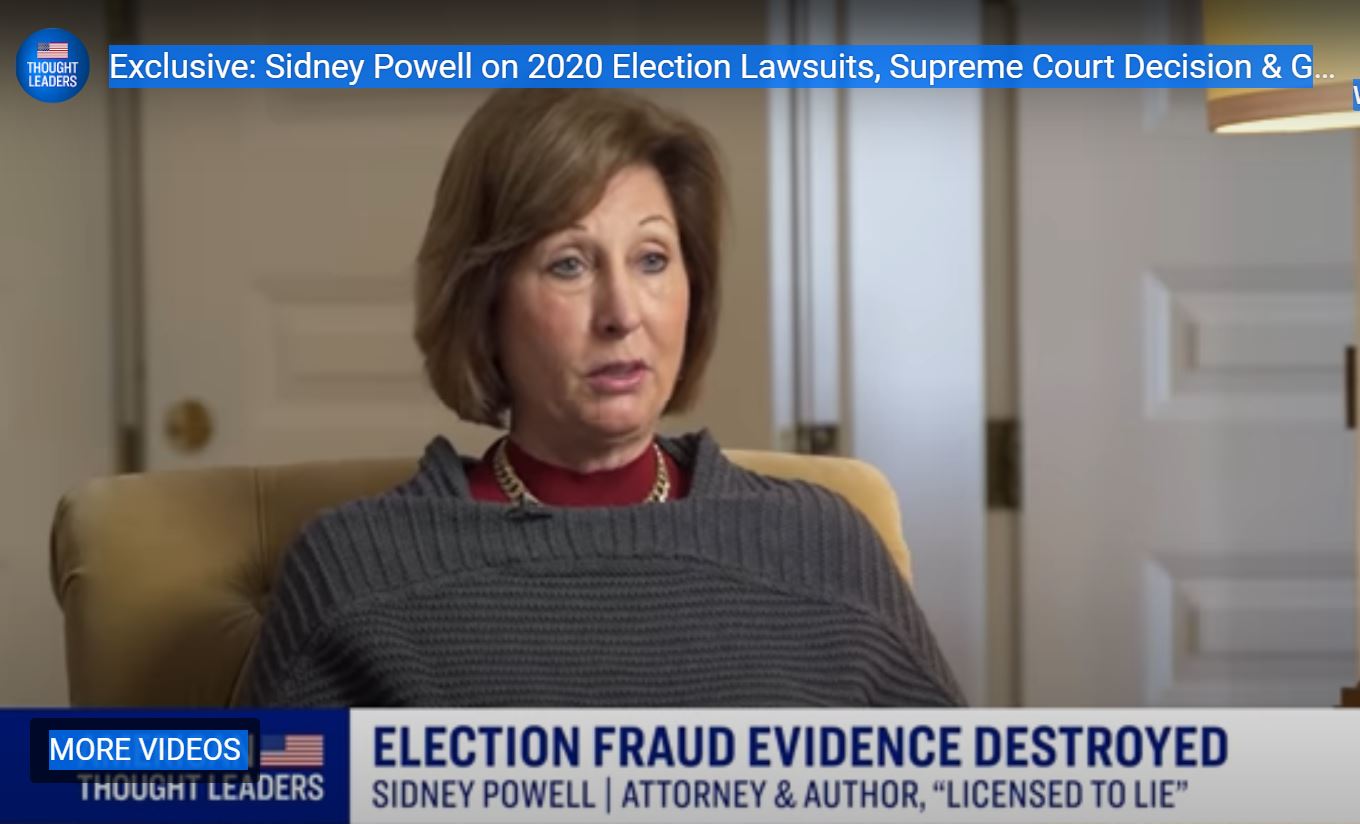 A recent Fox News Poll (conducted December 6-9, 2020), reveals that 68% of Republicans, 26% of Independents and 10% of Democrats believe that the 2020 Presidential election was stolen from Donald J. Trump. Problem is, the Democrat controlled media and the corrupt tech giants (Twitter, YouTube, Facebook) are all suppressing the truth. Attorney Sidney Powell and her team have been working furiously to collect evidence of foreign interference and intrusion into the U.S. election. Their discoveries have led Powell and her team to refer to the 2020 election interference as a “Cyber Pearl Harbor”. Powell believes they have sufficient evidence “to trigger the President’s executive order of 2018”. (Lots of us hope it does!)

“The level of foreign interference…is more than sufficient to trigger the President’s executive order from 2018 that gives him all kinds of power…from seize assets to freeze things, demand the impoundment of the machines…”—@SidneyPowell1

If you’re not already relying on The Epoch Times for reliable, truthful reporting, you should start now. The 50-second clip from the video that you just watched was from an episode of American Thought Leaders (produced by Epoch Times senior editor Jan Jekielek). Here’s the Sidney Powell interview in its entirety.

I don’t know about you but this is enough to make my head spin and I’ve been delving deeply into this subject! What are your thoughts? Do you believe that the 2020 election was stolen? Do you still have hopes that election fraud will be proven and that President Trump will be our President? To be honest, it’s getting harder and harder for me to still have hope but I do. I can’t bear to think that Americans will stand by and watch as the Constitution of the United States of America is violated and destroyed.