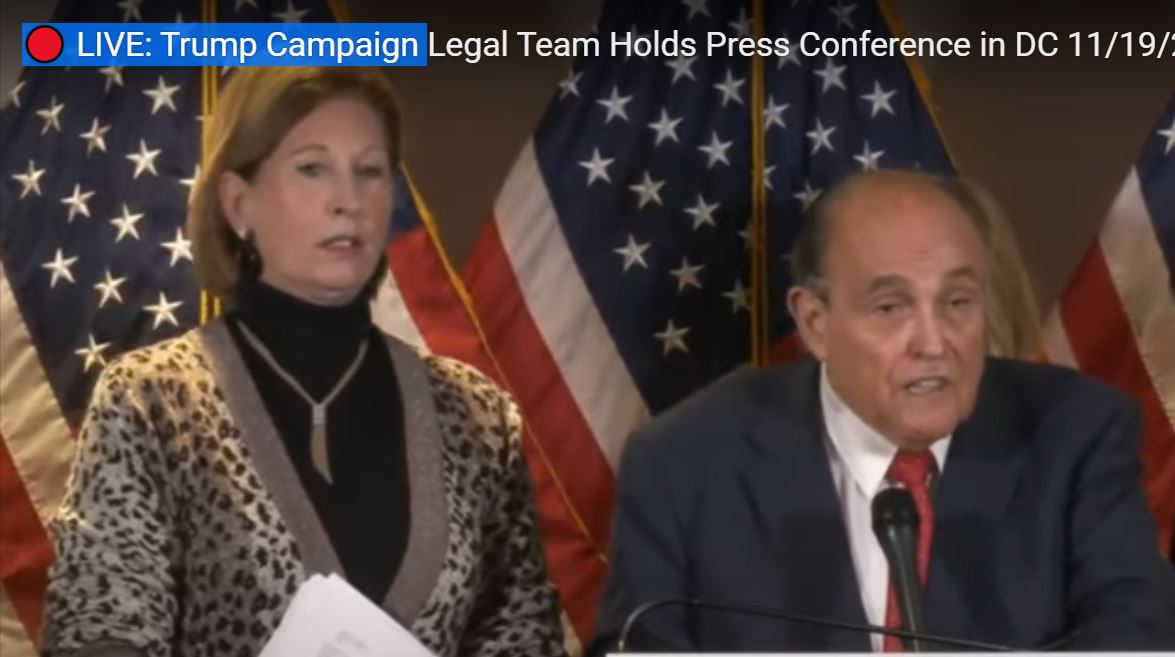 Millions of Americans are watching in disbelief as our election continues to be stolen from us due to massive election fraud. One of the biggest challenges we are facing (besides lack of time) is assembling the massive amount of sworn affidavits and data to create a case compelling enough to get before the Supreme Court. Not only does this have to be done, lawyers, notably Sydney Powell (the attorney for former national security adviser Michael Flynn) needs to navigate past elected officials and judges who are intent on blocking the truth every step of the way.

On November 19th, Rudy Giuliani, Sydney Powell and Jenna Ellis held an explosive press conference where they discussed the evidence they were collecting to expose electoral fraud in the 2020 election. In that presser, Sydney Powell vowed to fight on in her quest to “release the Kraken” of evidence of voter fraud, On Wednesday, Powell released a 104-page complaint alleging massive election fraud in Georgia. (On the same day, -Powell filed a similar 75-page lawsuit in Michigan.)

“A Summary of 2020 Election-Rigging Claims”

Thankfully, Doug Ross @ Journal created this 9-slide infographic “The Shocking Allegations of Mass Vote Fraud Made by Sidney Powell in Georgia“. Doug also told everyone to “feel free to copy, share, whatever.”

Spread the Word About Election Fraud

The deep state does not want us to question the 2020 election. They want it over. They want us to believe that Joe Biden won honestly. If you think there is any chance that this election was stolen, please speak up. Spread the word. Twitter is blocking users from sharing “potentially harmful” links to Sydney Powell’s election lawsuits on voter fraud. We can’t allow our freedoms to be taken from us. If we let the deep state win now, we may never have an honest election again.