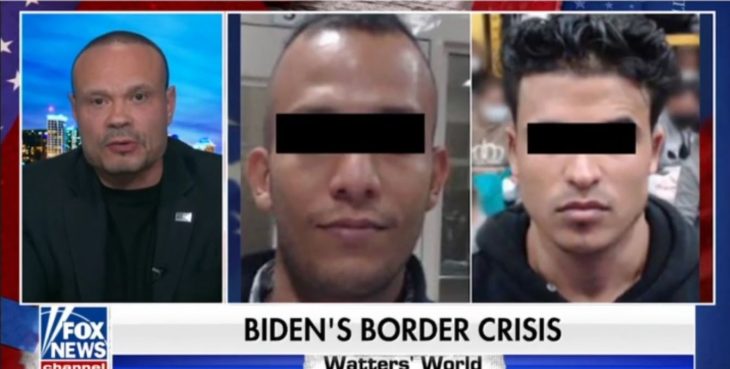 Two Yemen terrorists recently entered the United States through our US-Mexico border. Both are on the Federal Bureau of Investigation’s Terrorism Watch List. About a week later, border patrol agents near San Diego arrested a documented MS-13 gang member. Over 172,000 people crossed our US-Mexico border in March of 2021. (That represents a 71% increase over February 2021 and the largest number ever recorded.) Watch as Dan Bongino interviews former military intelligence analyst Brett Velicovich. The fact is terrorists are infiltrating our uncontrolled borders. Bottom-line, President Biden’s weak immigration policies are creating an opportunity for terrorists to enter our country with the intention of doing harm to Americans.

Crisis at the US-Mexico Border

President Joe Biden’s executive order to terminate the construction of President Trump’s border wall has created a humanitarian and homeland security crisis. Human trafficking across the US-Mexico Border is now a multi-billion dollar industry for the cartels. Cochise County Arizona shares 83 miles of border with Mexico. In a recent interview with Judge Jeanine Pirro, Sheriff Mark Dannels appealed to President Biden for help. Now that the construction of the wall has been stopped, the Sinaloa cartel are using the roads that were left behind to enter the U.S. illegally. Dannels said. “We just built infrastructure for the cartels.” Dannels said that what should alarm Americans “is it’s not what we know. It’s what we don’t know is coming across this border.”