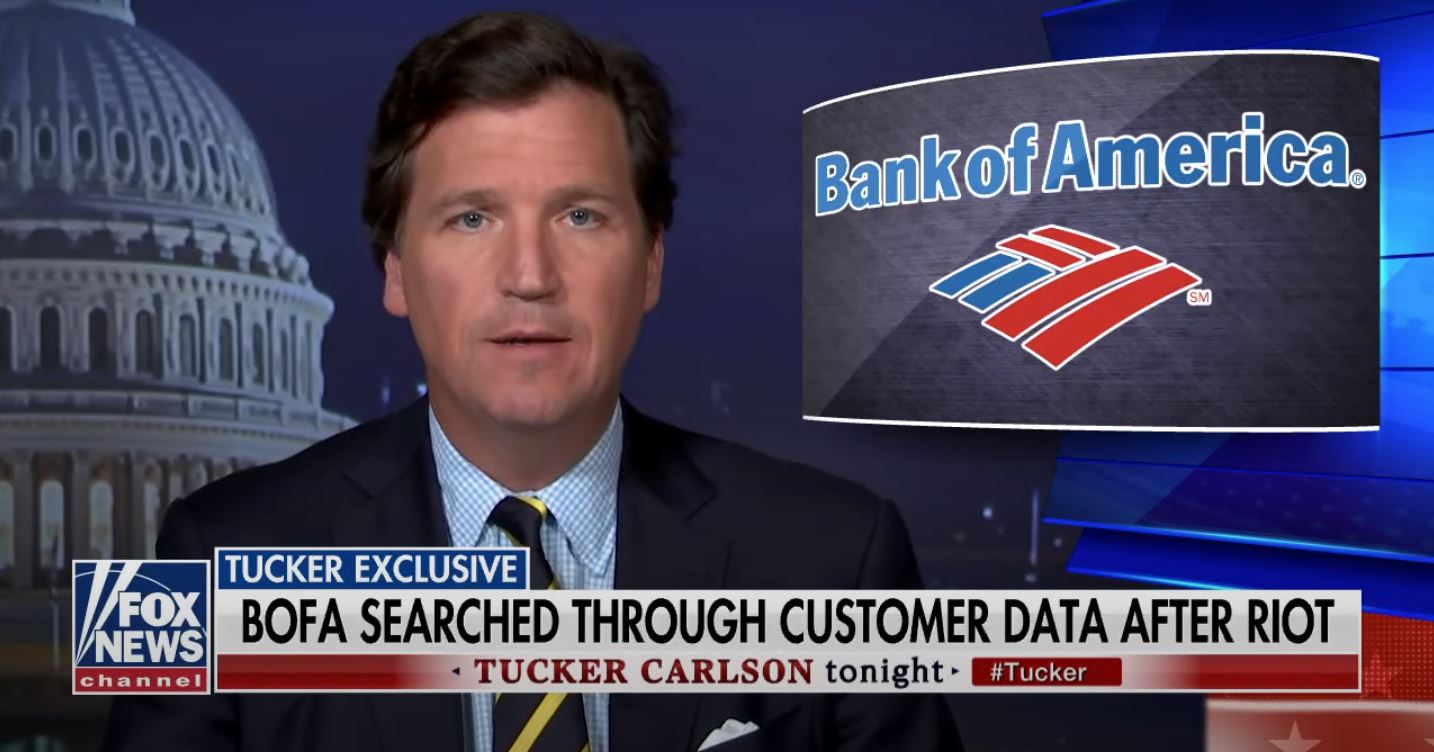 Under the guise of protecting Americans from Domestic Violence Extremists (DVE), Bank of America recently violated the privacy of their customers. On the February 4th episode of “Tucker Carlson Tonight”, Carlson exposed evidence that Bank of America combed through the private financial and transaction records of their bank account debit and/or credit card holders. Bank of America did this in an effort to identify domestic terrorists who were potentially involved in the Capitol riot in Washington D.C. BOA did this without the permission or knowledge of their customers. If a Bank of America customer fit the “profile”, that the federal investigators were looking for, BOA turned over their information. In all, 211 customers were identified. At least one of those individuals was questioned. To date, none of these customers have been arrested.

In Tucker’s segment, you heard Jake Sullivan, the new White House National Security Advisor to President Biden, warn Americans about the threat of domestic violent extremism. Carlson goes on to say that while Sullivan has declared domestic extremism as an urgent crisis of our time that Sullivan does not explain what a domestic extremist is. If we dissent, does that qualify us as extremists?

What Are Your Thoughts?

How is it that in 2015 (under the Obama administration) Apple was able to refuse to give iMessages to the U.S. government (when they were investigating the shooter in San Bernardino)? Yet, Bank of America appears to have eagerly complied with requests for financial and transactional records of customers (who could have participated in the January 6th Trump rally). Notice a difference?

Are you a customer of Bank of America? Some people are boycotting them. Will you? What other companies, banks and businesses are willing to share our private information with federal law enforcement agencies?