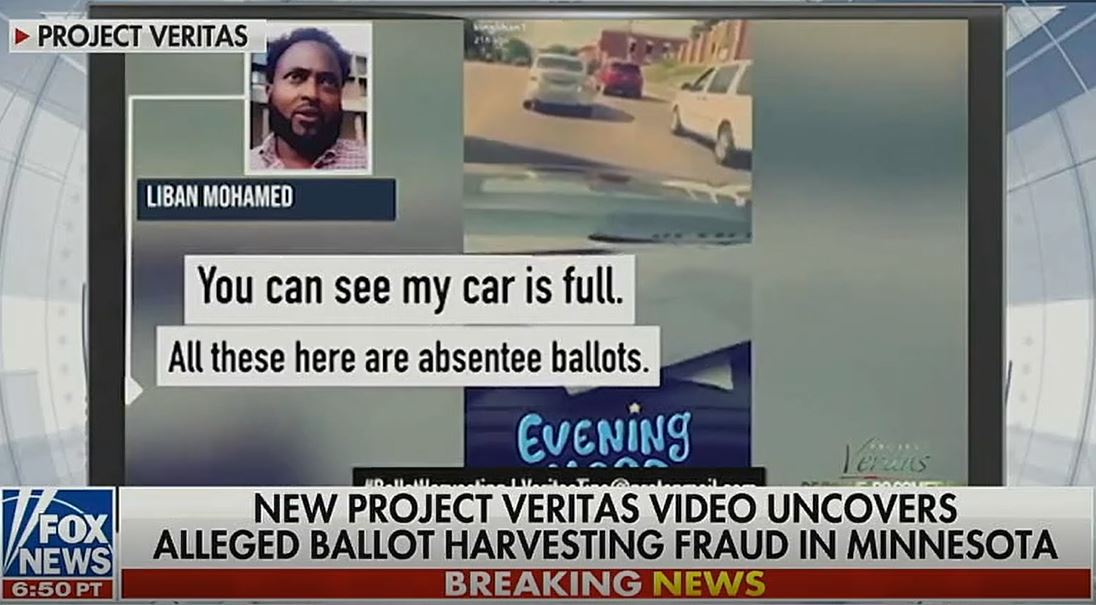 There is new video evidence of a ballot harvesting scheme (cash-for-ballots) in Congresswoman Ilhan Omar’s district in Minnesota. The first undercover video that you are about to see is of absentee ballots being harvested by Ilhan Omar campaign workers. These ballots are being harvested from the elderly who live in Horn Towers Minnesota. The second video you will watch is tweeted by James O’Keefe, founder of Project Veritas. That video is of an actual cash transaction in exchange for ballots (also in Minnesota).

Project Veritas is a non-profit journalism enterprise that was established in 2011 by James O’Keefe. According to Project Veritas’ website, the organization mission is “Project Veritas investigates and exposes corruption, dishonesty, self-dealing, waste, fraud, and other misconduct in both public and private institutions to achieve a more ethical and transparent society.”

The ballot harvesting scene shown in the video above is now being investigated. As Sean Hannity reports, the Heritage Foundation has now reached over 1,285 proven cases of voter fraud in the past four years. Nearly one thousand people have been convicted so far.

In Sean Hannity’s interview, James O’Keefe, founder of the Veritas Project, O’Keefe said “This is incontrovertible evidence.” and “It’s all on tape. They can no longer deny it.“

What are your thoughts? Are you convinced yet that there is voter fraud going on and that we have barely begun to expose the truth? Are you afraid that there are plans to steal the 2020 election from President Donald J. Trump? We need to get the truth out before it’s too late. Please share this story and follow me on Twitter at @Quiet_No_Longer. I try my hardest to share only information sourced from vetted and truthful sources. Honestly, you will not find out what is really happening if you only watch mainstream media.