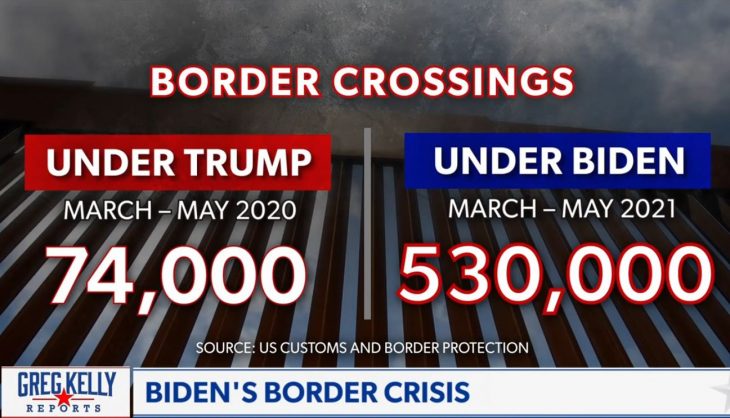 Greg Kelly’s “Let’s Talk About Biden’s Crises” episode included a clip of President Joe Biden answering a serious question about his policies. Biden’s response? “I want to talk about happy things, man!” In reality, President Biden should be addressing the three major policies from the Trump Administration that the Biden-Harris administration canceled. That includes Trump’s ‘Remain in Mexico‘ policy, his ‘Build the Wall‘ policy and his ‘Catch-and-Release‘ policy.

During Greg Kelly’s interview of Congressman Ralph Norman (R-SC), Norman referred to the Biden Border Crisis as an invasion of America and he said that President Biden was the only one who can stop it. Representative Norman was one of 23 GOP representatives who visited the Texas border with President Trump last month. Among the points that were discussed during Greg Kelly’s segment with Ralph Norman was the fact that the cartels are now prospering by half a billion dollars a month now. As Lara Logan describes them, the Mexican cartels are one of the most powerful criminal organizations in the world.