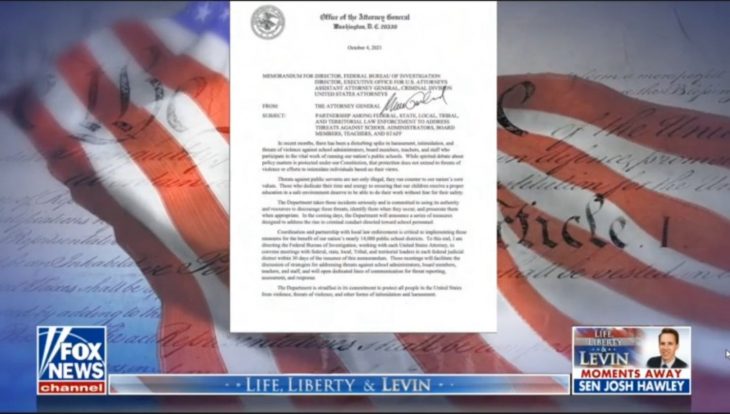 The Biden Administration is now targeting parents who stand up to their school boards. On October 4th, Attorney General Merrick Garland issued a threatening memo. The memorandum directs the FBI and the United States Attorneys’ Offices to address “violent threats against school officials and teachers”.

Attorney General Merrick Garland is trying to intimidate and silence the mothers and fathers who oppose their children being indoctrinated with critical race theory and other socialist or Marxist dogma. Parents who protest are now at risk of being identified as domestic terrorists.

“What better way to enhance the millions of dollars earned by your family than to squelch the parents and prevent them from having an impact on what their children are taught?”